We didn't make it to York 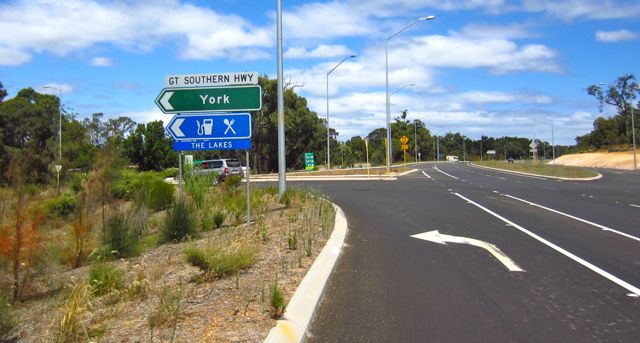 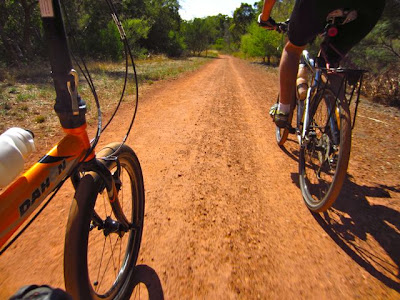 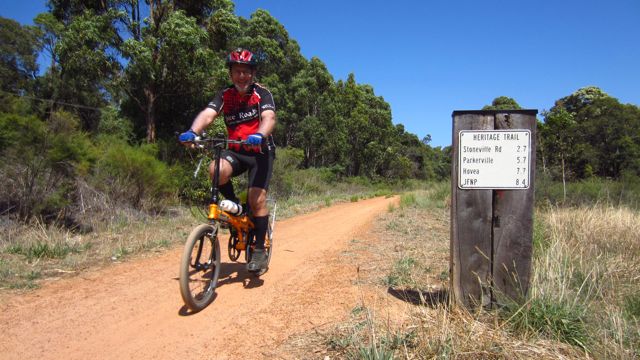 It was a grand plan today to cycle 90km to York. 6 brave men signed up and we met at Midland Station at 7am. I have driven there before and the first 10km up the Great Eastern Highway is uphill. Though it is not too steep, it does require a measure of fitness.

Unfortunately just 6km up the climb, Uncle Ken developed chest pains. Things like this happen and must be taken seriously. He is a spritely 70year old and has cycled long distance before. However, prudence demands that Uncle Ken stop and rest. I rode back to town to get the car and it was an easy long downhill ride. However, there is no cycle lane along the GE Highway and cars were whizzing uncomfortably close to me even though I was flying at 50kmh on my Speed Pro. It was harrowing!

When I finally got to Ken, he was smiling again and it was nice of Patrick to wait with him. We carried on with our trip, this time with vehicle support. 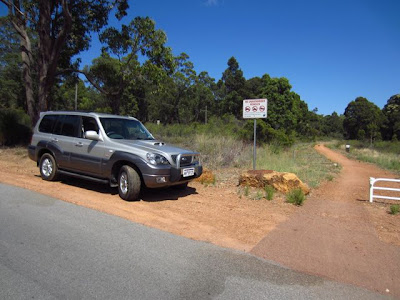 Turning off the highway into the small roads made all the difference. The downhills saw the foldies fly and Rod remarked how stable the Tikit was. 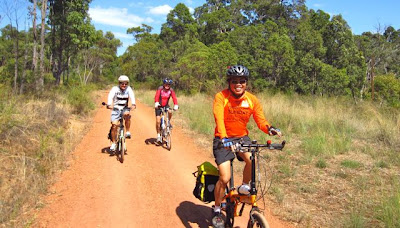 At Parkerville, we found an old railway track which is converted for bicycles and horses. Not paved but gravelly. This was not suited for the small wheels of our foldies but being in the bush was most pleasant. We carried on until Rod on the the Tikit had a puncture. This time, Kenneth accompanied Rod to push his bike. Uncle Ken's Ventura also suffered one earlier on. 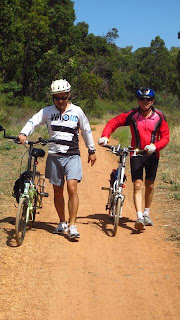 Somehow, Kojaks and off road are not happy bedfellows. A quick tube change and we decided to switch back to cycling on the road. This was a pity as the trails were very nice to ride on and for once, I was jealous of Tony on his MTB who cruise through the roads without any fanfare. 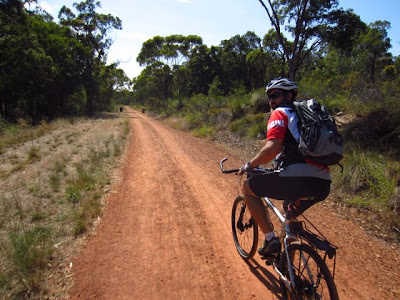 We arrived at The Lakes, which is 50km from York and decided to head home. A quick lunch of greasy chips and we called it a day. It was amazing that Ken's Hyundai Terracan could fit all 4 foldies behind and 5 adults inside. Tony's MTB was carried outside. 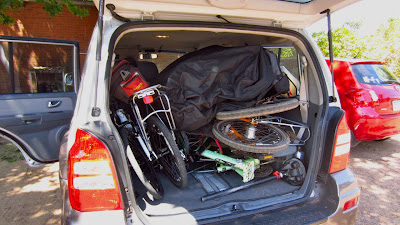 Though we didn't make it to York, none of us were disappointed because we still had fun. Just grateful that Uncle Ken made a full recovery and a stark reminder that our lives are in His good hands. I'm also very glad to have such good buddies who look after each other so well! 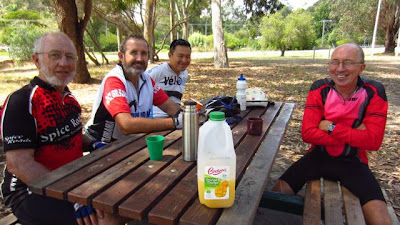 $2.50 for a bottle of Orange/Mango drink that all of us shared. Cheap!

Ps:  Dr Joshua Hii, a Gerontologist from Singapore, came to know about U Ken's condition and advised him to get checked up. The friendships we make through cycling are amazing!
Posted by Oldyonfoldy at 5:25 AM