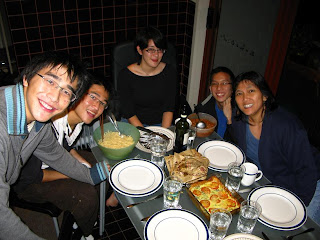 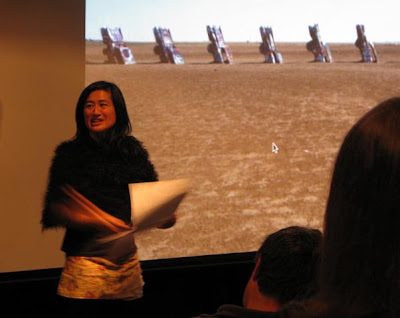 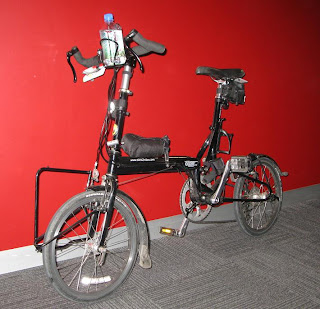 Her tikit has an interesting handlebar and fast Stelvio tires! 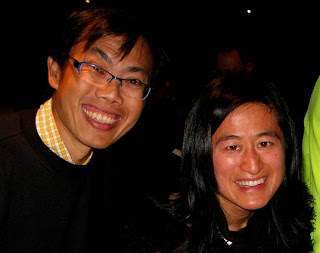 I made it! Better late than never

Never fix 2 appointments back to back in Melbourne too closely. After a wonderful dinner with some young friends, I left for the Bike Friday's presentation at 740pm hoping to catch the 815pm at South Yarra some 4km away. Missed a train, had to connect to another line, got a bit lost walking around in the dark and finally found BWM Theater at 9pm. Yup, lots of touring bikes parked below.
There were about 70 folks and I came right in time for the end of the show lucky draw. Shucks! Anyway, had a chance to say "Hello" to Lynette and a few words to the audience about the tikit. Her slides were awesome - at least the few I saw. Spoke to an interesting lady who rides an even greener transport - horses! I had to leave pretty early as my friend Peggy was waiting for me at the Glen Waverley station at 1015pm so it was a hit and run sort of thing unfortunately.
A real pity as I wanted to learn how Lynette Chiang does her award winning bike presentation show. 10 minutes is better than none I guess...
Posted by Oldyonfoldy at 5:01 PM

Vik, it was great to see you even if briefly, and thank you for the laser pointer. Yes, I have learned the hard way to commit one thing of an evening - less stress! (Also, I decided that a Customer Evangelist must never turn up and say, "I have another party to go to"). Check out the Melbourne shots at www.bikefriday.com/australia08
Great to see you round trip tikiting!