A great man rode the bicycle


Today the 29th of March is a very significant day for Singapore, and perhaps for the world too. After a long and painful week, the founding father of Singapore Mr Lee Kuan Yew was finally laid to rest. Since his passing away at 3:18am 23 March at 91 years old, people have been writing and reflecting on the accomplishments of this great man. He is truly God's good gift to Singapore. My life was put on hold these few days as I poured through every article I could find. 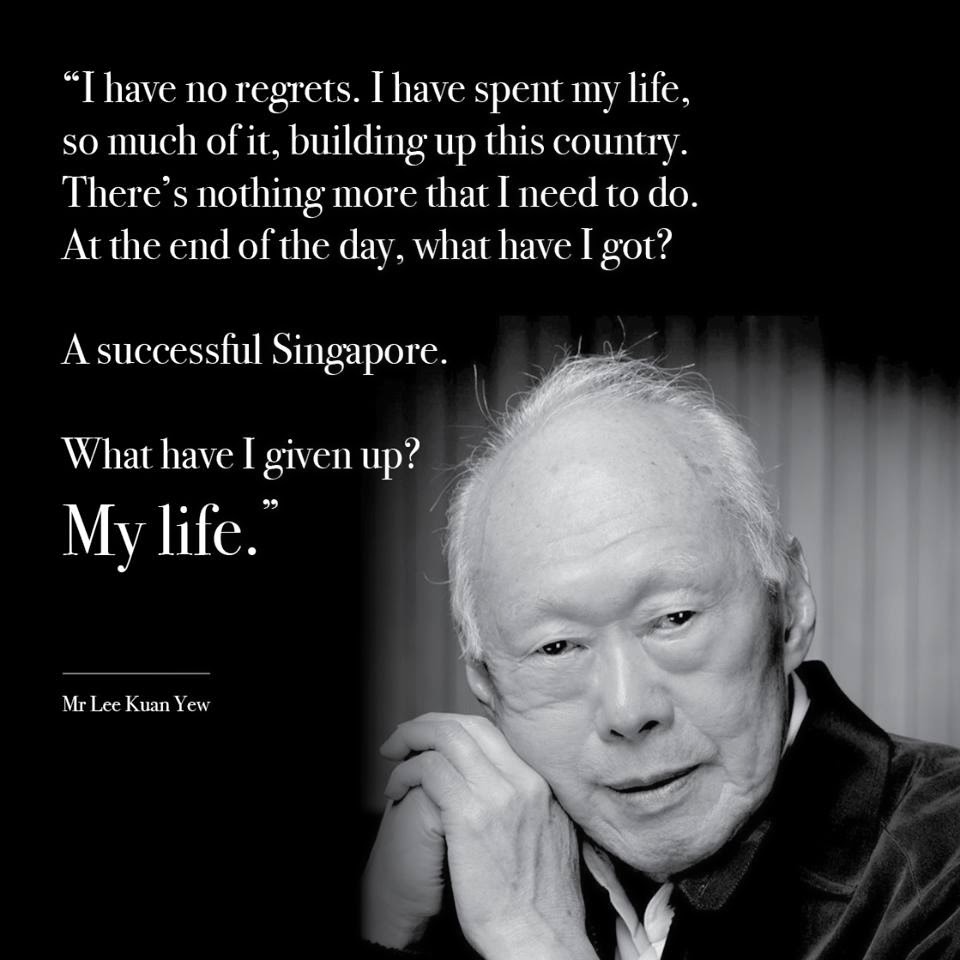 I was riveted reading about his growing up years, his political awakening during the Japanese Occupation during 42-45, his days at Cambridge as a Queen's Scholar, his courtship and secret marriage to his soul mate Kwa Geok Choo, his amazing work as a young lawyer with the trade unions and his election to office as Prime Minister of Singapore in 1959. After steering Singapore through a very difficult period with Malaya as part of the Federation, Singapore became independent in 1965. Since then, he and his team had taken Singapore from Third World to First World and the economic miracle is well known. At his most dignified funeral today, his impact not just in Singapore but the world was seen and felt. Over 150 foreign dignitaries paid their respect to Lee Kuan Yew. Heads and former heads of states from USA, China, Britain, Australia, Japan, Korea, Asean and even the King of Bhutan came personally to honour this great man. People queued over 8 hours in line just to pay their respects to him at Parliament House.

In my readings, I was very pleased to learn that the first thing he bought as a young man when he got his scholarship money in 1940 was to get a 3 speed Raleigh bicycle at $70 . This was significant to me as I remembered my own grandfather telling me that he too owned a Raleigh bicycle which he rode from Katong to Fullerton Building where he worked as a clerk. My father too inherited his Raleigh later on. 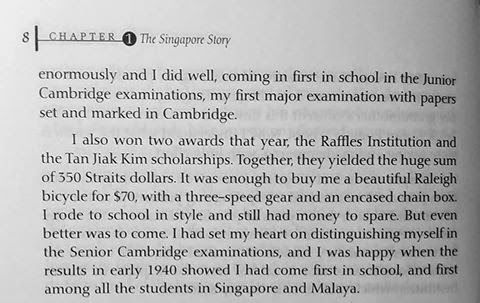 At that time, it was interesting that Raleigh had just introduced a 4 speed Sturmey Archer hub and this was available as an option to the already popular 3 speed model. This is a 1940 Raleigh advertisement that the young LKY probably drooled over. 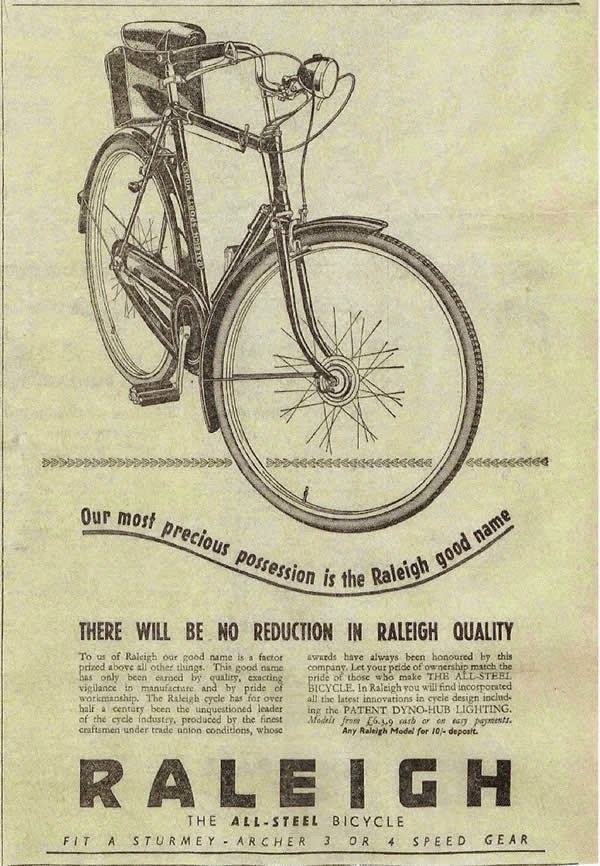 I wonder what happened to his brand new Raleigh bicycle when WW2 broke out and Singapore was under Japanese rule for 3.5 years. LKY was a survivor and got a job as a translator as well as manufactured stationery gum under the brand Stikfas to supplement his income. Through quick thinking, he helped his family survived by concealing rice in jars cleverly covered on top with unsuspecting material.

When the war ended, LKY went to Fitzwilliam College in Cambridge where he described the roads as having many bicycles but only a few cars, buses and trucks making it ideal for cycling. He wrote that most teaching staff and students got around on bicycles and he bought himself a used one for 8 pounds.  When his girl friend finally joined him a year later, he used to ride to Girton some 5 miles away. 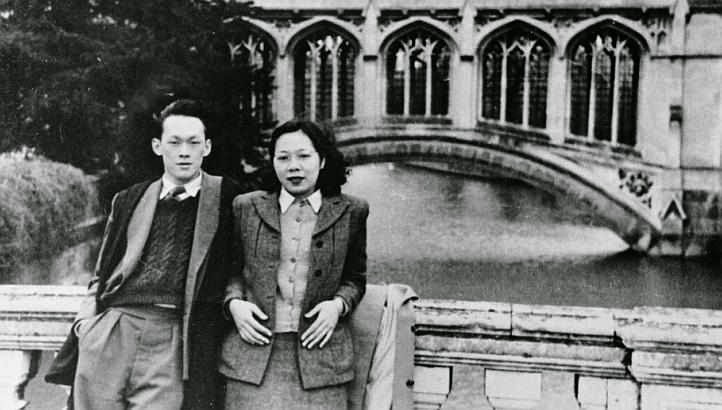 This experience with the bicycle continued with him as he journeyed through life, and riding his bicycle around the grounds of the Istana, the official residence for the Prime Minister, was part of his strict exercise routine.  He rode as well as swam religiously, which explained his excellent health all the way to his 80s. He only stopped cycling when he fell and age had finally caught up with him. Even then, he had a stationary exercise bicycle. 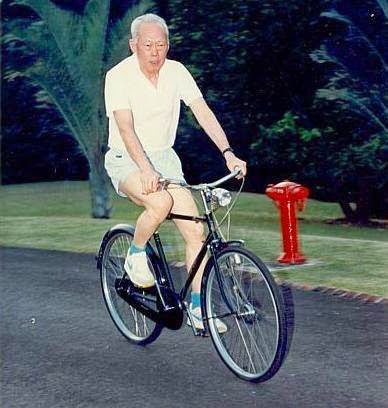 When interviewed about his thoughts on cycling, he remarked that "I think we should really consider special tracks for cyclists. Encourage it, then instead of this LRT and so on you have bicycle racks at MRT stations. It's better for everybody's health, it's better for the environment and it's certainly better than having the place or having the roads overcrowded with cars, taxis, buses. Doesn't make sense to me."

Mr Lee Kuan Yew is no longer with us and the best way to honour him is to carry on his great legacies. I cannot build economies nor shape governments or influence world leaders like him. But I can continue his simple legacy of cycling. Through his love for the humble bicycle, which has given him so much joy as a young man, helped him blossom his romance in Cambridge and kept him in the pink of health throughout his life, he has added another title that few know about - that of a cycling legend, at least in my books.

A great man like him rode a bicycle, and perhaps more of us should. In that sense, all of us who cycle are kindred spirits and I cannot think of a better way of honouring Singapore's founding father the late Mr Lee Kuan Yew. 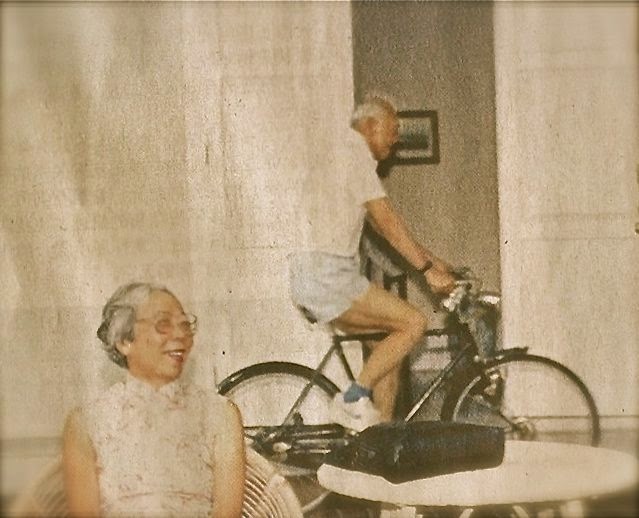 Every good gift and every perfect present comes from heaven; it comes down from God. James 1:17

A Father's Love - Despite being an extremely busy man, LKY found time to teach his young son Lee Hsien Loong (presently the PM) how to ride a bicycle.

"When I learned to ride a bicycle, he was there.  Once when I was just getting the hang of balancing on two wheels, he pushed me off from behind to get me started. I pedalled off across the field, thinking that he was still supporting and pushing me. Then I looked back after a few minutes and and few seconds later I found that actually he had let go, and I was cycling on my own! He was so pleased, and so was I."
*LHL eulogy on 29 March 2015 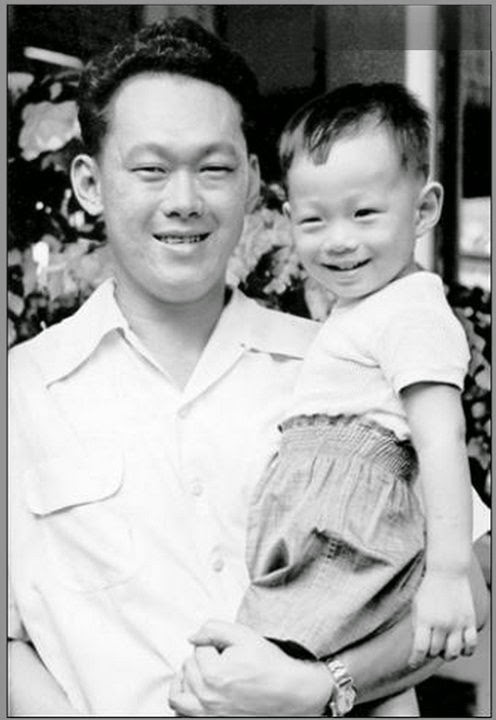 Posted by Oldyonfoldy at 7:33 AM

Thanks bro Al for this great post. Mr. Lee Kuan Yew once said, "it is better to have a short, healthy and full live." With the love for cycling, he got many bonus years.