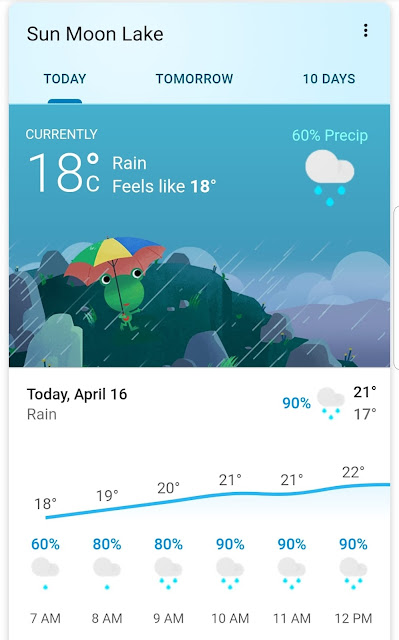 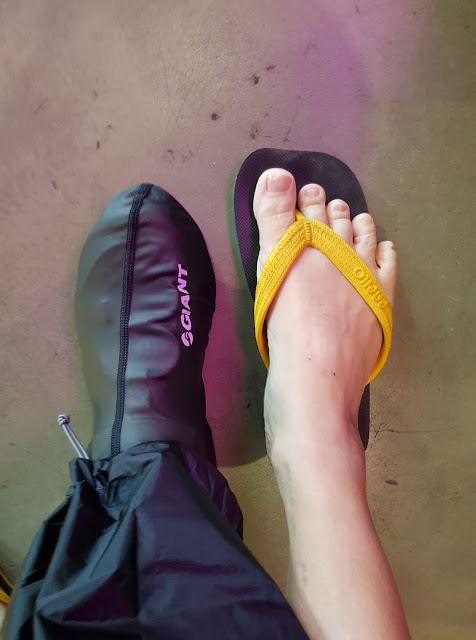 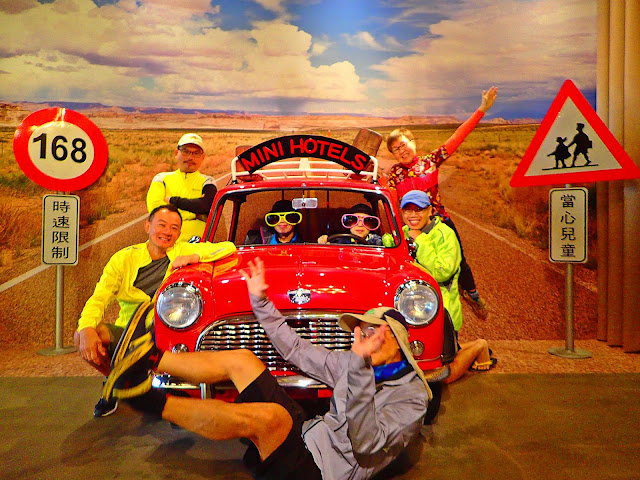 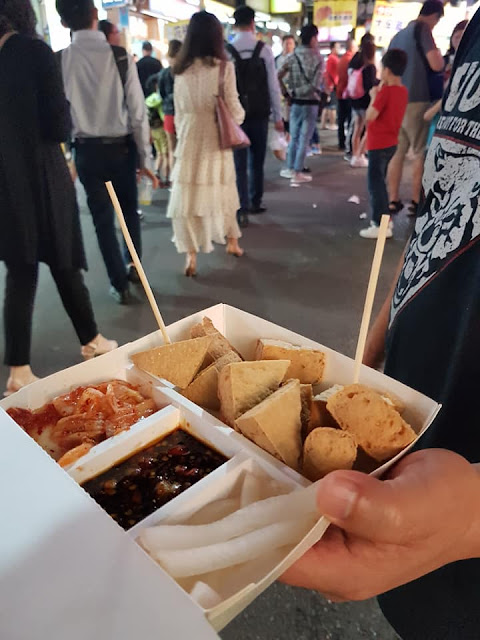 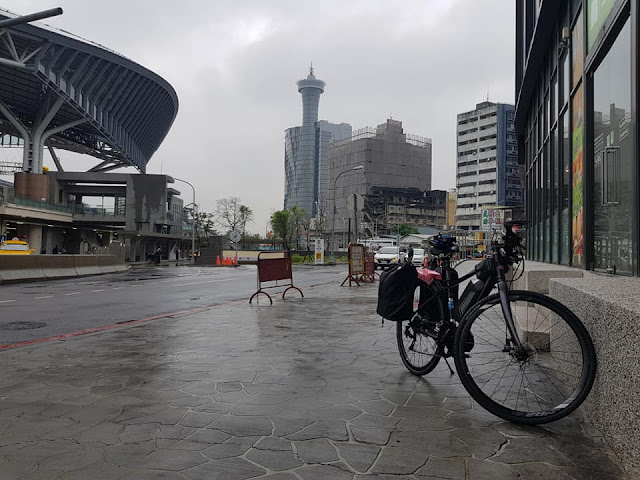 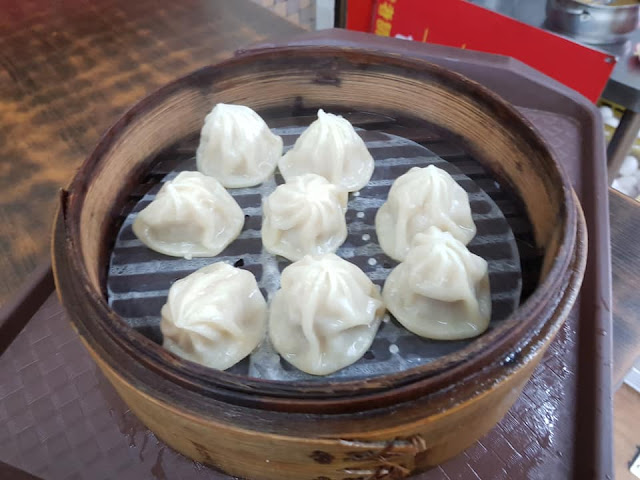 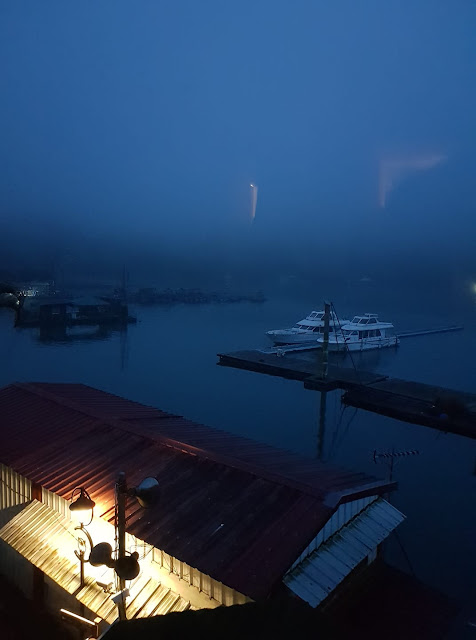 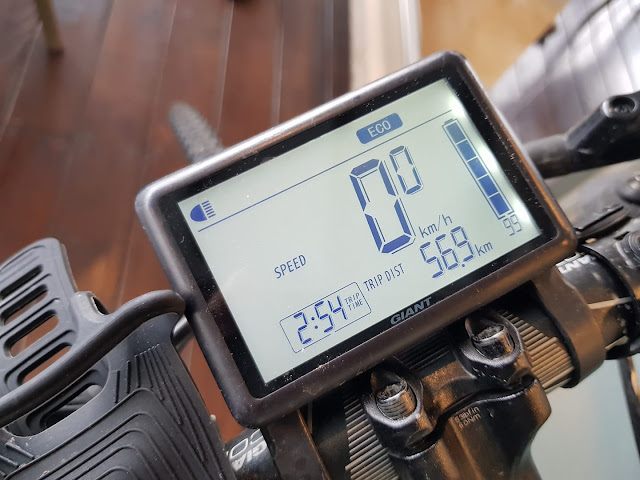 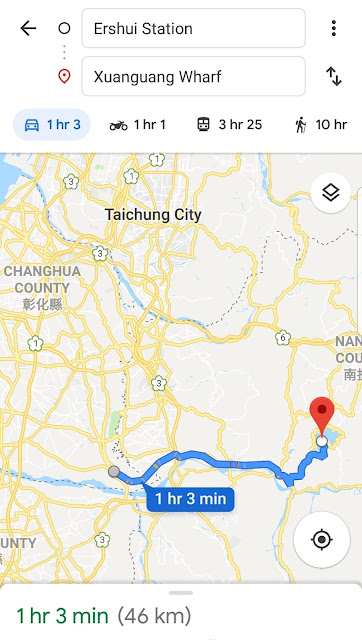 For those who know Taiwan, the East Coast is much much more attractive than the West Coast as the latter tends to be very industrial and even polluted. If you are thinking of doing a round island, the best way to traverse the West Coast is by High Speed Train at 280kmh/h and spend more time exploring the magnificent mountains, valleys, rice plains, endless coasts of the eastern part. 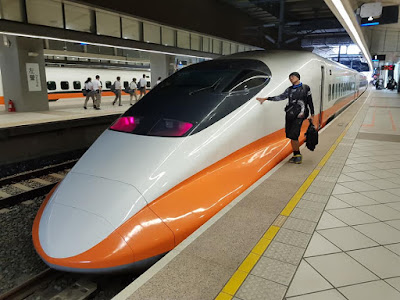 But we had to collect our bikes from Taichung so the plan was to get them and ride east to Sun Moon Lake asap. We chose to stay at the Mini Hotel near the Feng Chia Night Market. This hotel has a British theme based on the iconic Mini and as an incorrigible car fanatic, it resonates. Being near the night market meant great pickings for dinner but the main reason is that it is not far from the Giant Flagship Bike Store. 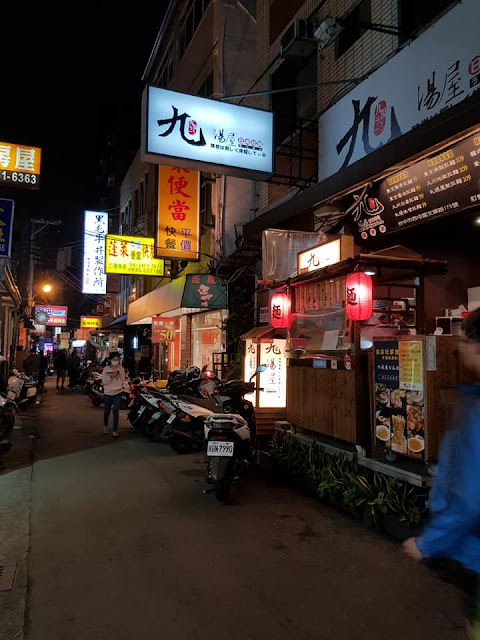 It was a very wet morning and we taxi-ed to collect our bikes after a sumptuous breakkie. The bikeshop boasts of an impressive showroom but unfortunately due to a misunderstanding, our 8 E-Bikes that we ordered were not ready for collection despite our telephone confirmation a few days earlier. The staff were apologetic and started to source racks and panniers for the majority of the bikes who were not tour ready. This meant a 2 hr delay but with the pouring rain, we didn't mind. It was great too to finally meet up with Alice who trained up from Chaozhou, some 3 hrs away. For all the trouble, the staff decided to compensate us with a spare battery each and this was truly a God sent blessing which saved us on more than one occasion. 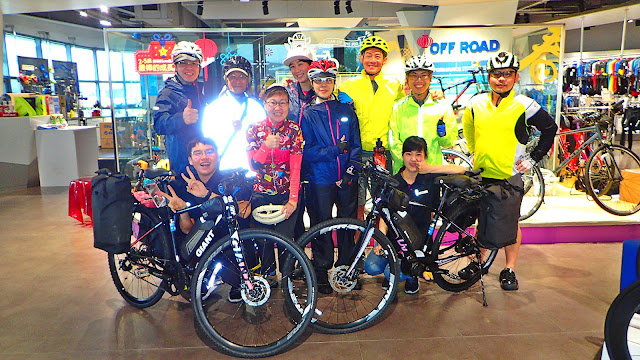 We left at about 1pm and rode 5km to the central train station into the heart of town in the soaking rain. It was a strange but pleasant experience to be on these E-bikes which is a pedal-assist type. This meant that the power only kicks in when you cycle and the boost you get is rather addictive. I was quite worried if the water would affect the electric components of the Ebike but that proved unfounded. It was rather fun just getting completely soaked wet as we cycled through the streets of Taichung. 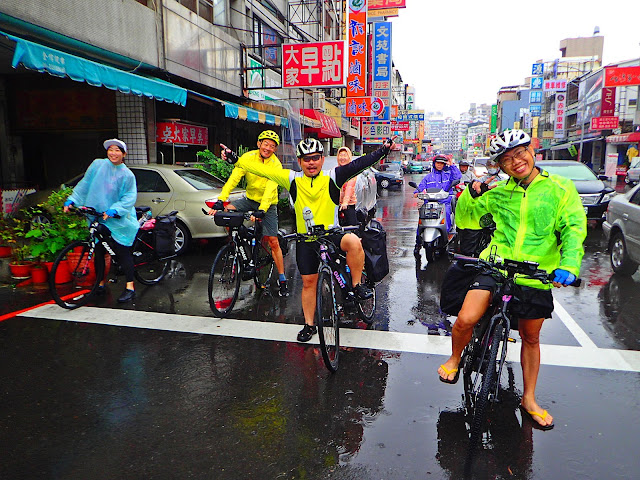 One unfortunate consequence of our later start meant that we missed the 130pm train to Ershui and we had to decide whether to cycle the 40km there and continue to SML or wait till 4pm to take the next train. For safety reasons, we decided on the train even though it meant riding to SML in the dark. This long wait enabled us to enjoy a lovely burger lunch at Freen Burger just across the Station. It was surprisingly good with super fresh ingredients and a tasty burger! Just wearing our shorts meant we got a discount as the tagline for this eatery was - "Be living in your shorts" - something that we would be doing for a week on our bike trip. 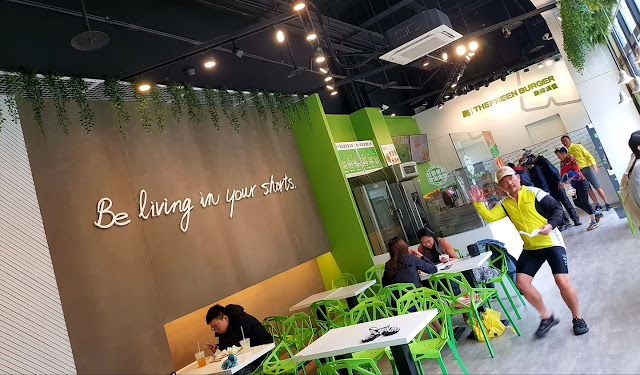 The train ride to Ershui was uneventful and it was only about an hour. However, it is always good to have our own in-house entertainment in Uncle KC for he never fails to bring the house down, or rather the train down. 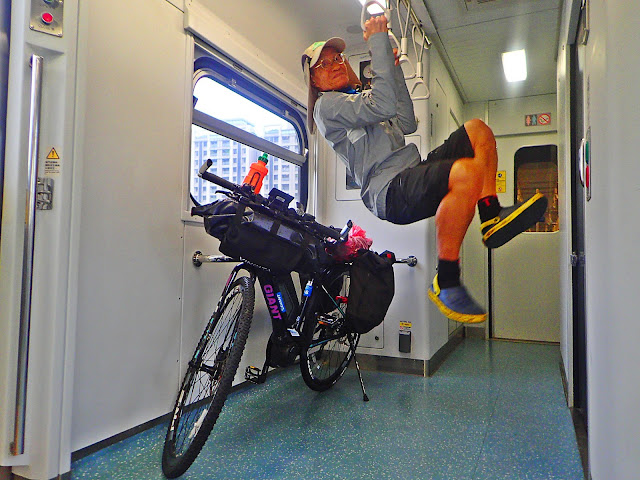 Upon arrival at Ershui, Alice tried to talk to a conductor of a train heading in the direction of SML to allow us to board but to no avail. That train was not designated to take full-size bicycles unfortunately and we sorely missed the advantages of travelling with a foldy. 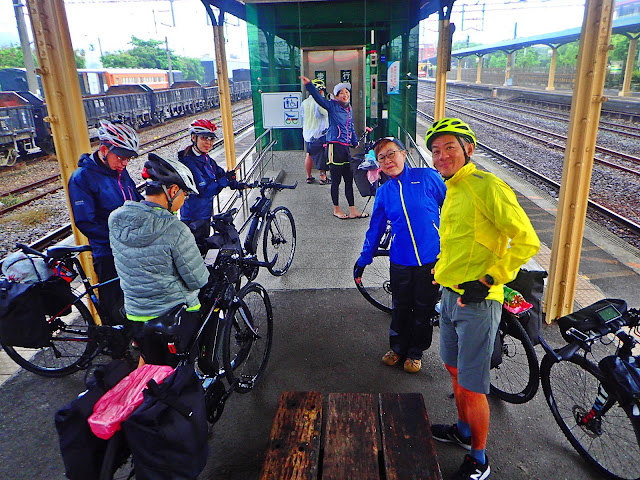 The ride to SML was about 50km and we had only about an hour of sunlight left. The sky was already dark and cloudy with pregnant rain clouds but the kms flew by quickly as we put the Ebike advantage to good use. We were all cruising easily at 25-30km/h through quiet roads and it was magic to be gliding at such a quick pace with not much effort. The soft whirling sound of the motor was something we had to get used to and we did so quickly. 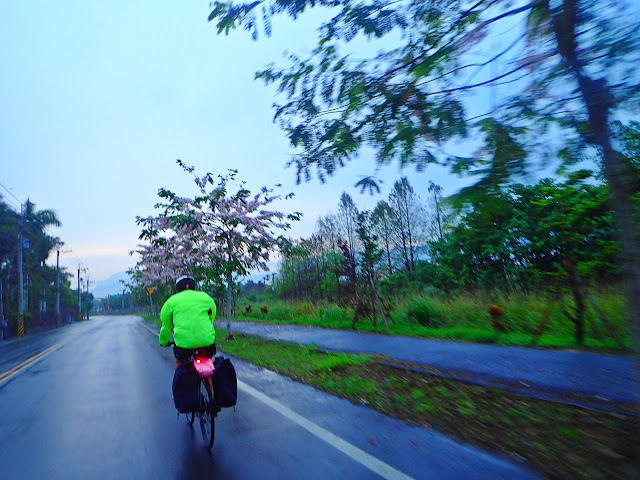 We stopped at 711 after about 30 km to refuel and then began the 20km plus climb up to SML Although the Giant Ebikes had lites as part of the rental package, they were rather dismal and it was a challenge to ride up the mountains in pitch dark roads. Only Gary brought proper lights and I nearly crashed into a low hanging branch, which added so much to the night adventure. We started the climb with 70% left in our battery but this was depleting at a faster pace than expected. That got me worried!

7km before the top, we stopped at a Police Station for a quick toilet stop and more importantly, to switch batteries as some of us were dangerously low. The Policeman came out wondering what mischief this mortley crew of 8 were up to in the dead of the night!  With a fresh battery, we powered our way up with confidence and I set it to Sport Power and literally flew. The all too familiar SML town centre soon appeared and we made our way through the back lanes to Shui Yang Boatel Hotel. This lovely place is situated just by the lakeside and is reasonably priced - another gem recommended by YC! The owner was expecting us and greeted us warmly, directing us where to park our bikes. This is one plus of travelling Taiwan, most hotels are so bike friendly. 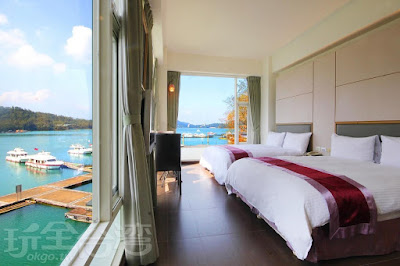 Arriving at 9pm plus, most eateries were closed except for the life saving 711 but we were not fussy. After a quick shower, everyone was in high spirits and I had my absolutely delicious Jpn Curry Rice with Taiwan Grape Beer! 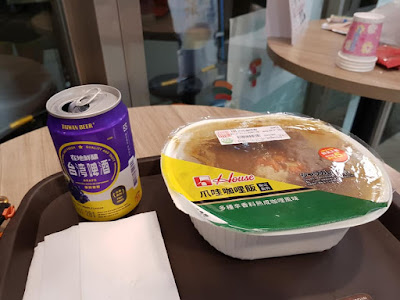 We had done a total of 57km on our first day and climbed a respectable 1470m. It was pleasantly effortless. I reckon we used only 30% of our strength to get here thanks to electric technology. If this was a sample of what's to come, we can't wait to enjoy the rest of our adventure. 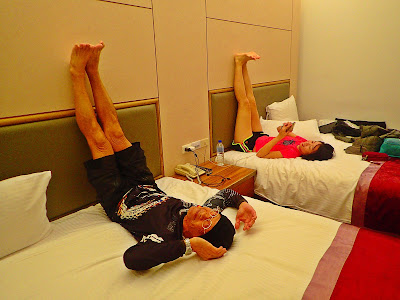 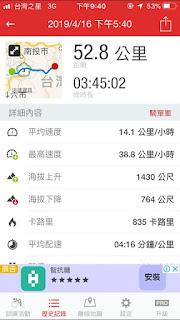 Everyone slept very well that night and before I slipped into dreamland, I thought about the blessing of the very unplanned extra battery. We thought we could make do with one but someone up there knew better and was keeping a close watch over us. 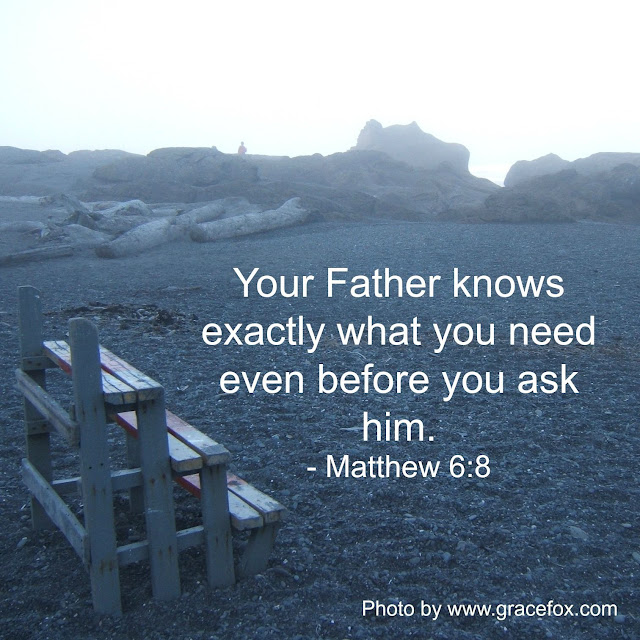