The milk of human kindness in Khun Yuam 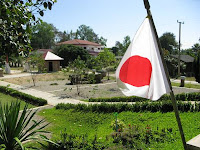 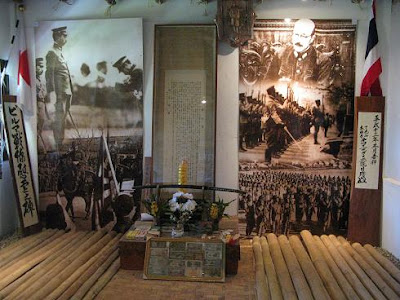 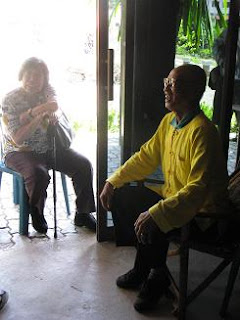 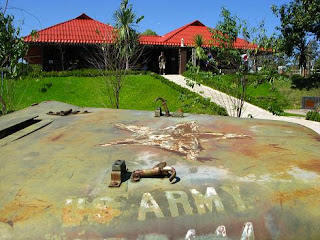 The Japanese occupation of Singapore and its regions during WW2 is perhaps the darkest period of the last century. Hearing first hand accounts from my grandparents of innocent people getting machined-gun, tortured, bayoneted and other unimaginable form of brutality still opens up wounds that are slow to heal.
Therefore it was truly mind blowing to hear about how well the Thai people particularly in Khun Yuam were treated by the Japanese solders 60 years ago. The WW2 museum is about 63km south from Mae Hong Son and having a keen nose in history, it was a must stop for me. This museum, opened in 1995, is the brain child of a certain Pol. Lt. Col. Chertchai Chomthawat, who was head of Khun Yuam Police Station. He managed to collect about 1300 Japanese army artifacts consisting of dishes, spoons, vehicles, weapons, samurai blades, and uniforms.
The museum is managed by an old man who once worked for the Japanese while he was 12 yo - fetching water for one baht. Through our Thai friend Angkana, we learned from him how the villagers offered whatever help needed to wounded and sick Japanese soldiers who were retreating from their failed campaign in Burma against the British (they were initially successful). Over 100,000 Japanese soldiers died in the Burma War. About 7000 soldiers were in this area at its peak. As a result, there were many inter-marriages as well between the soldiers and the local girls and most famous of all is the late Fukuda san whose surviving Thai wife still lives in Khun Yuam. Stories and pictures of how the Japanese helped local farmers all sounded too good to be true, at least from my perspective, but this was apparently so. Thailand was considered an ally of Japan then so that may explain the warm and cordial relationships.
Nevertheless, it was most intriguing to hear an account from the other side of the fence. We learn that at least in this region, the Japanese soldiers were not as monstrous as we know them to be. War brings the worst out of people and in rare occassions, the best as seen in Khun Yuam.
We continued our drive to Mae Hong Son reflecting on the complexities of mankind, capable of immense evil as well as good. I wonder how my late grandparents and others in their generation would react to these stories?
.
For more info about the war in this region from BBC - http://www.bbc.co.uk/ww2peopleswar/timeline/

For all have sinned and fall short of the glory of God - Romans 3:23
Posted by Oldyonfoldy at 7:51 PM