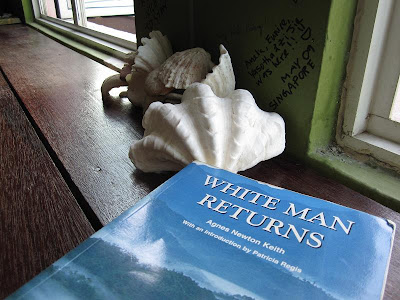 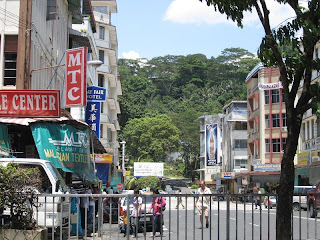 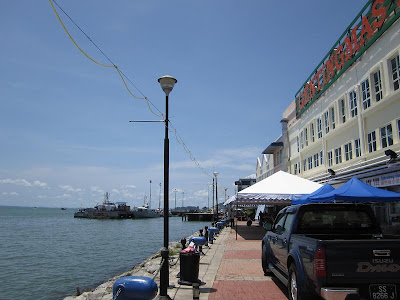 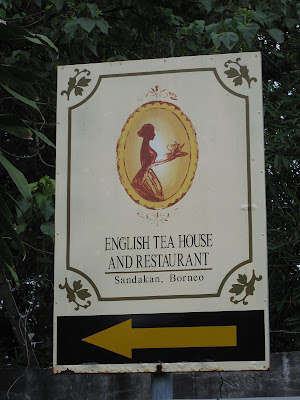 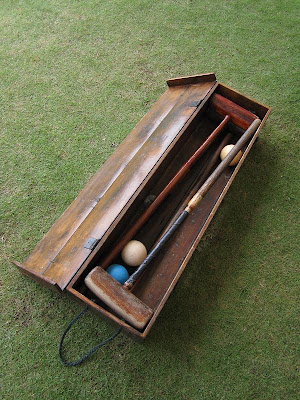 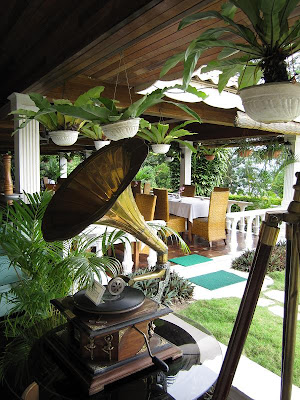 Sandakan, some 220km from Ranau, along the Sulu Sea, was a very significant trading post for the British Chartered Company in the first half of the 1900s. It is also sad that in Australia, Sandakan is well known for the WW2 Death March. With such a rich history, it was only fitting that it had to be visited and explored. 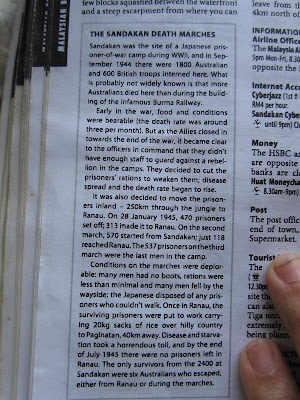 We had originally planned to cycle there but the lack of time made jumping on a bus a necessity. Uncle Lai, our new found friend, had kindly made 4 bookings for us last night and we rode 1 min to the non-descript bus stop along the trunk road. After a magic show where we made our foldies disappear into bags, we waited for our transport to arrive, hoping that our foldies could fit into the luggage without much fanfare. 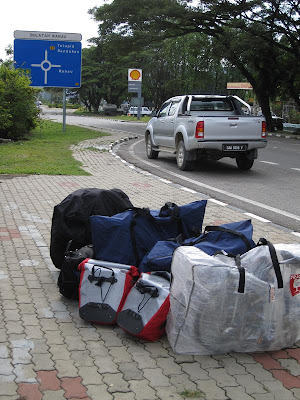 5 mins before 0900, a big orange bus pulled up and its friendly conductor stored away our bags easily in the cargo hold. This is indeed one of the many key advantages of travelling with foldies, where multi-mode transportating is its forte. 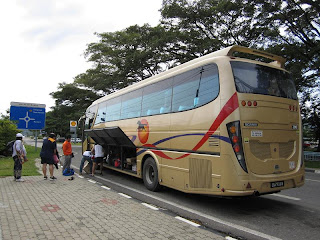 The 4 hr bus ride started off smoothly but when vomit bags were handed out, it gave us a clue to what the roads ahead were like. Borneo has a past reputation for head hunters and this thirst for blood was amply displayed by the choice of onboard movies where utmost violence was the order of the trip. It was entertaining for a while but trying to listen to tranquil music of water and streams on the MP3, but seeing swords, guns and blood sputtering everywhere left me feeling somewhat schizophrenic.

Nevertheless, the windy and narrow roads and the relentless heat esp near sea level made us glad that we were in airconditioned comfort and not on the blazing saddle. Mike, ever the fatherly figure, went around the bus like a First Class Steward sharing his delicious rambutans with fellow travellers, asking nothing but a kiss for payment. Such is his jovial and generous persona and that really made the long trip most bearable. 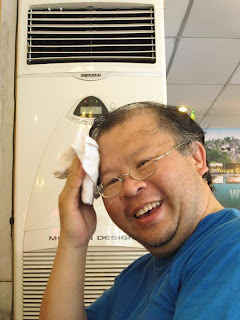 Upon reaching the Sandakan Bus Terminal, the lazy part of us wanted to take a taxi to the backpackers. But when the taxi vultures wanted a princely ransom for an easy 4km drive to town, we robbed them of their moment by unfurling our foldies, much to the amusement of the bus crew. They could not believe that bicycles could come out of small bags, just like white rabbits out of black hats. 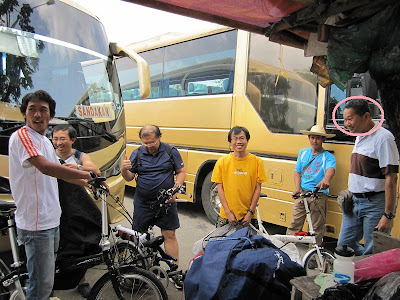 Of all things, our last ride into town in Borneo had to be another steep climb through the cemetary area, a choice made no thanks to the "brilliance" of GPS technology. Its priority was the shortest route but failed to consider elevation and altitude, something that we cyclist do!

After a much needed cold shower and the obligatory laundry, we wasted no time to have a nice aircon lunch and explored colonial Sandakan. 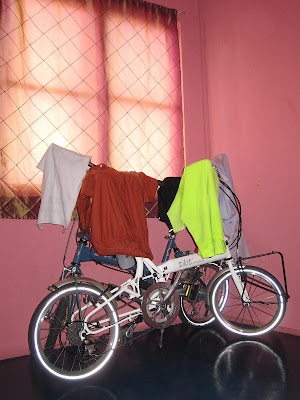 Although ravaged by the war and now overgrown with the bustle of modern development, there was still enough historical evidence of its grand past. We climbed the 100 steps to reach the Istana and the home of Sandakan's most famous authoress, American Agnes Newton Keith. Her house Newlands is now a tourist attraction. 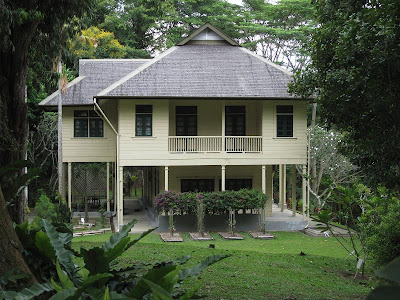 You can always count on the colonial masters to choose the best location and with its commanding view of Sandakan Harbour high on the hill. I can only imagine the regal and splendour the Orang Putehs enjoyed then. 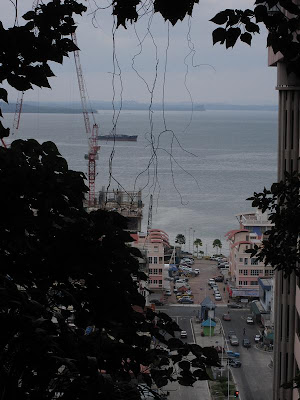 We enjoyed a lavish English tea there with scones, butter and jam plus a blueberry crumble and played a game of croquet for the first time, along the well manicured green lawns. 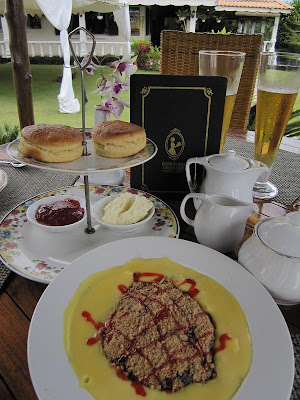 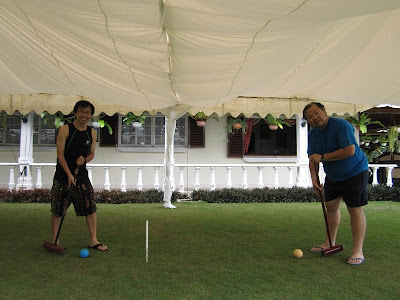 A stroll through the many pre-war shops in the town centre ended up in more feasting, this time sampling exotic Indian curries and picking up some Malay sarongs as gifts.

Sandakan is also famous for great and cheap seafood and it did not disappoint. We were recommended to go 5km out of town to Ocean King Seafood Restaurant which is pleasantly perched out on the sea. A banquet of steamed fish, shark fin soup (we ordered the sharkless fin version where crab is used instead), stewed prawns, braised tofu and stir-fried greens for the 4 of us costs only US$48 with drinks.

Our adventure to Borneo had come to an end too quickly. This is indeed a most beautiful part of the world that deserves to be discovered and savoured by more travellers, and especially bicycle tourers. I think about the words of Agnes Keith written in the 1940s. They aptly sum up our brief but memorable visit to Borneo and I share her fondness for this most fascinating place. 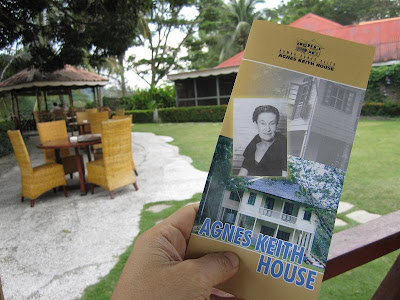 It was a good life, it was a life of joy to remember, it was my first four years in Borneo, it was the Land Below the Wind. 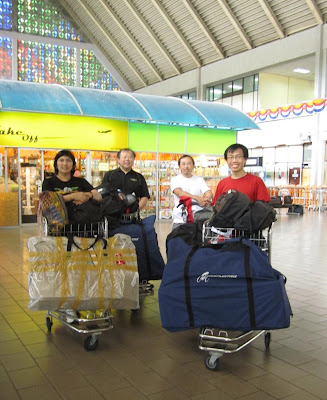 Heartfelt thanks too to Mike, Kevin and Cil for being the best ride buddies one can ever hope for. Your laughter, determination, helpfulness and concern are inspiring...
Posted by Oldyonfoldy at 2:40 AM