Carry me around Putrajaya and KL 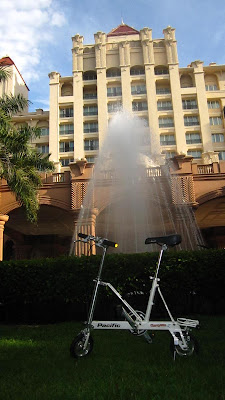 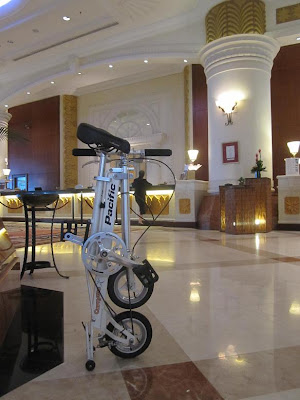 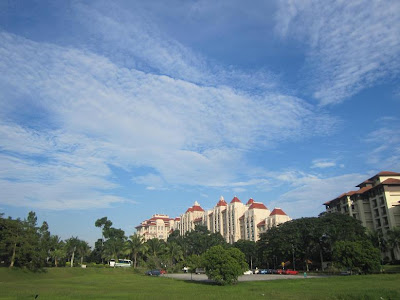 It has become a bad habit for me to bring along a foldie when I travel and the destination this time is Putrajaya, the government city of Malaysia 40km south of KL. The missus' purpose was a World Health Organisation meeting while mine was equally important - exploring the marvel of modern Islamic architecture and its surroundings. My foldie of choice was the stick Carry Me, which rode snugly in my hatchback for the 320km drive up from Singapore. 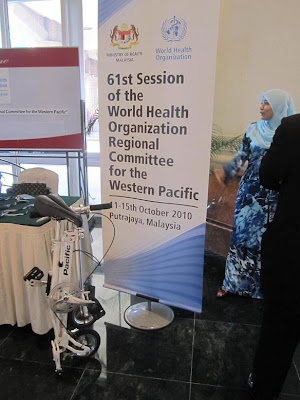 The luxurious Marriott Putrajaya was our base for 2 nights and it turned out that the hotel was flooded with police and security personnel due to the presence of many Health Ministers from all over the world staying there as well. Outside the hotel, around 30-40 motorcycle outriders were parked neatly ready to escort the VIPs for their meetings. 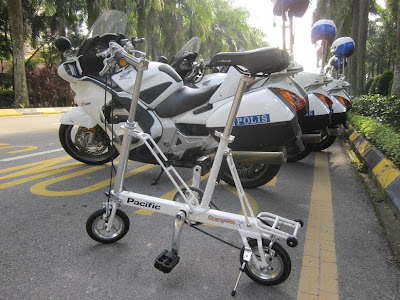 It must have been a strange sight for them to see me, this "Minister" of folding bikes there unfurling my CM in the posh lobby ready to do my morning ride. Unfortunately, the area where I was isn't exactly bike friendly as it was surrounded by superhighways so it was to be a very brief morning ride, disappointingly, around the hotel. This was confirmed earlier by the concierge who said, "Here, very hard to ride la. All highways!"

Nevertheless, I took a 30min courtesy shuttle bus to KLCC, where the famous Petronas Twin Towers is. This used to be the tallest structure in the world a few years ago and still commands an impressive sight. It was great to catch up on my shopping and to show my Japanese friends T & R around. 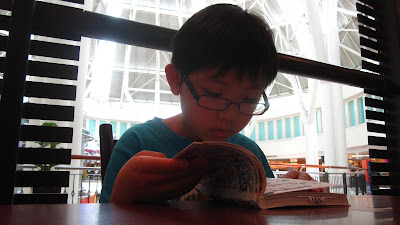 Lunch was at Little Penang Cafe, which never fails to draw a long queue at noon. But the wait was worth it. We had signature Penang dishes - Hokkien Prawn Mee, Lobak, Kuey Pie Tee and finished off with Chendol. Delicious! 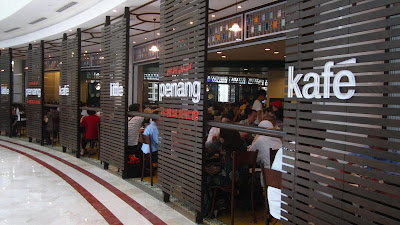 Training back to Putrajaya was a 2 step process on the very efficient metro. KLCC to KL Sentral, 5 stops away, for a fare of US50 cents and the KLIA Express Train to Putrajaya at US$3 only. Amazing! I was especially impressed with the latter train as it was fast, spacious (can take regular bikes easy), clean and supremely comfortable. Highly recommended indeed in light of the massive traffic jams everywhere. 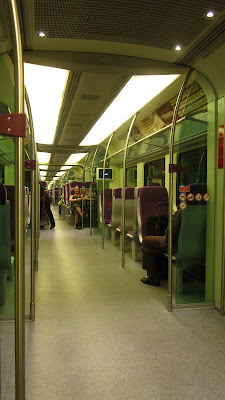 What blew me away however was the courtesy night tour of Putrajaya where the Marriott arranged for us. Putrajaya is the Canberra equivalent of Australia. Where it differs are the many glitzy and huge buildings of Islamic-Mogul architecture, 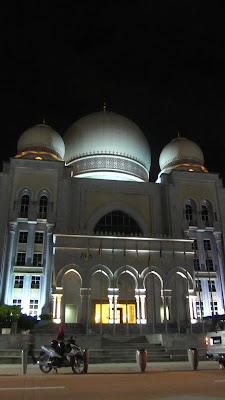 strategically located around various parts of the man-made Putrajaya Lake all connected together by wide boulevards and 5 distinctly designed bridges. 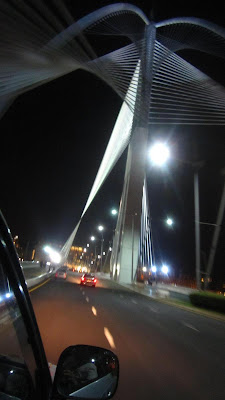 It was really a sight to behold as we marvel at the impressiveness of this metropolis. Just the Prime Minister's Office Building, Perdana Putra, would be more than adequate for any King and anyone who has the privilege to be invited there would be left gaping at its opulence. 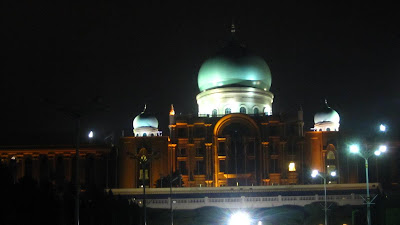 I suppose cycling around Putrajaya itself would be possible and quite fun if you can get yourself there by getting dropped off somehow but the lack of trees and shade would make it most unsuitable and uncomfortable in the scorching heat of the mid-day sun.

Perhaps if I come by here again, it would be a great night ride destination that deserves a more detailed exploration, preferably on a foldie. 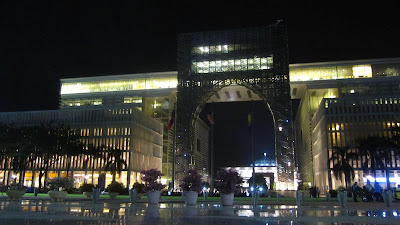 Posted by Oldyonfoldy at 8:39 PM

hi Bro AL,
Nice to see u and Carryme in action.. we will go ride KL nite one day.. dun forget to ask me along ok? keep riding, keep smiling!