Poodling NK in the morning 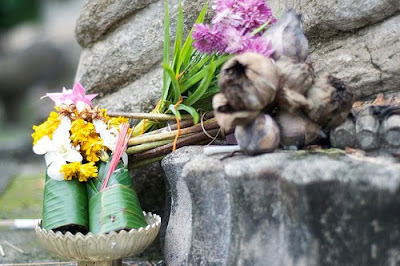 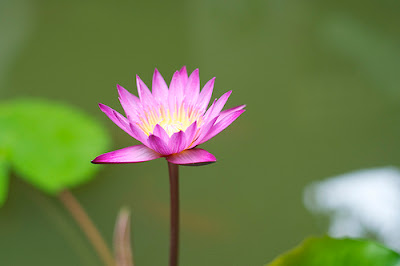 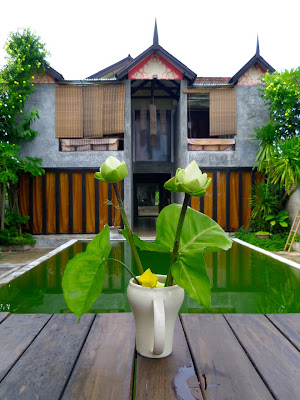 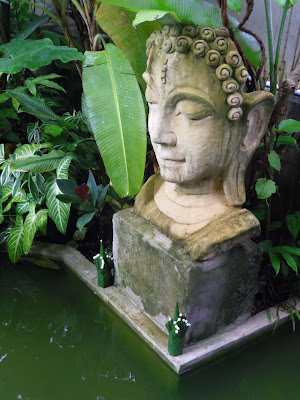 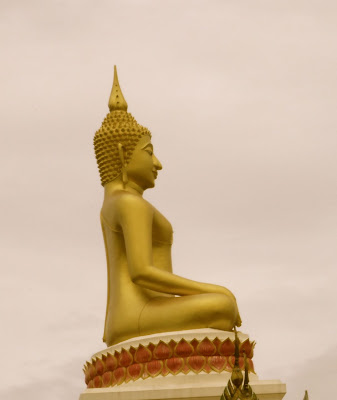 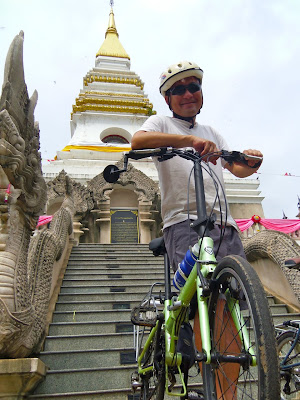 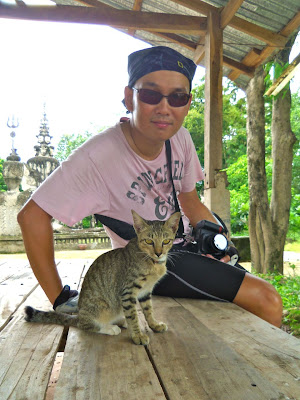 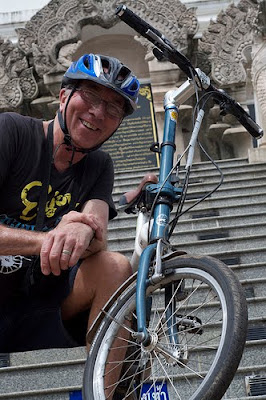 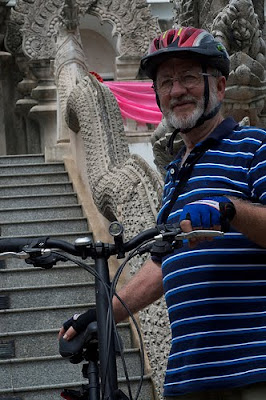 Our flight to Phuket was not till the evening so we had the whole morning and a bit to enjoy the wonderful gateway city of Nong Khai. Mike and Ken welcomed the morning practising Tai Chi with full views of the Mekong. 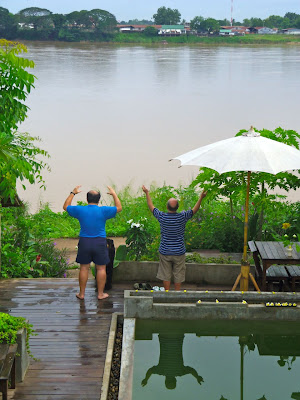 We were determined to make full use of the time we had left and raced off immediately along the beautiful riverside esplanade that was developed a few years ago. It makes for a scenic and refreshing walk and attracts many tourists. 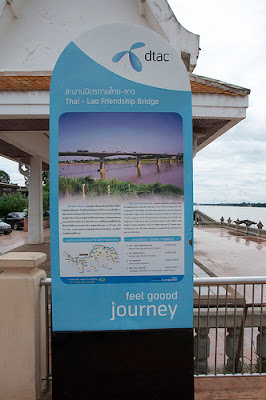 Being on our bikes, it was much easier than walking, covering the 2-3km easily. Lots of photographs were taken and everyone was jovial and cracking jokes. 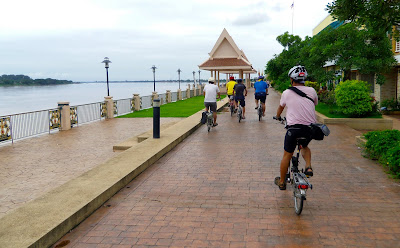 Our first destination was the White Pagoda, which marked the end of the riverside ride. While making our way there, I was overtaken by an elderly man riding an old Raleigh-style bicycle and that got me most curious and I tailed him. This Thai gentleman must have been cycling all his life which explains his incredible fitness and gumption. (Apologies for the shakes in the video.)

After the obligatory photo shoot at the White Pagoda, we continued on to Sala Keoku or Buddha Park. 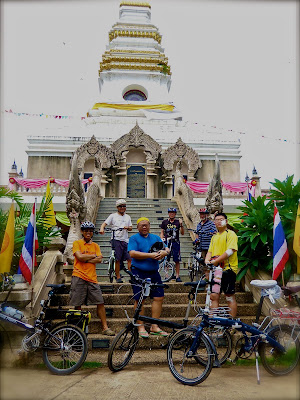 Unfortunately, what was supposed to be a straight forward 3km ride ended up me leading my sheep astray. It was a combination of using a map in English to deciper Thai road signs, and that obviously didn't work. Trying to get directions from the local Tuk Tuk was also not easy with language barriers. 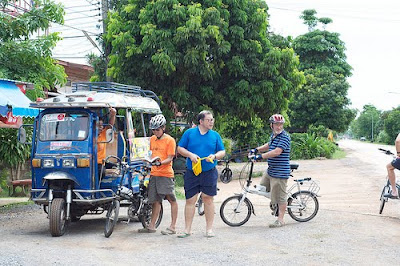 Once again, my fellow riders were so gracious to me and I felt thoroughly embarrassed. This short excursion however led us to see the beautiful country roads and we even passed through a peaceful fishing pond before finally reaching Sala Keoku. 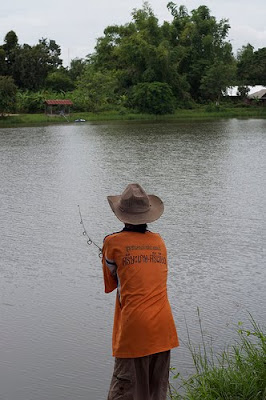 The Buddha Park was developed in 1978 by a religious leader who was born in Nong Khai. He had build a similar park across the Mekong in Laos earlier in 1958. It consists of huge statures and sculptures from the Buddhist and Hindu beliefs. Too may tourists were there and we went to a quiet spot to feed the fishes. 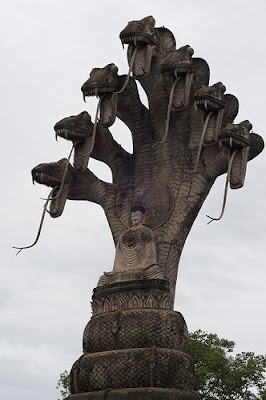 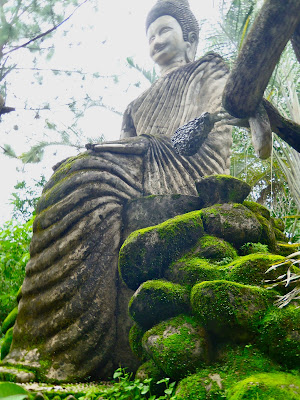 Lunch was at the Danish Bakery before we headed back to Sofa Gallery. It was to be a welcome change from Thai fare which we had for the last few days. However, the food was very average and we should gone Thai! 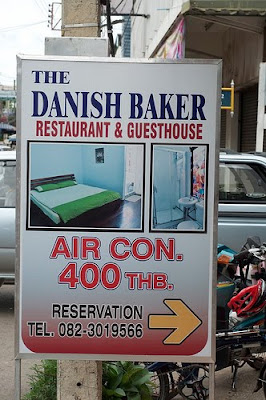 Putting the foldies back into their suitcases and boxes seemed easier than assembling them and this was done in no time. TW's Brompton proved fastest here as it was merely a case of folding and putting it into the suitcase. 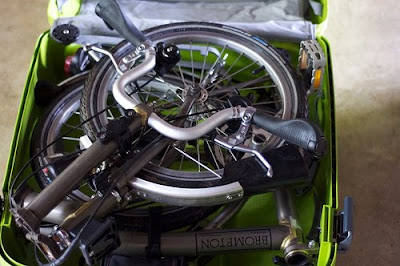 A quick shower and we were ready to be whisked to the airport by two Isuzu pick-ups for our next destination, Phuket. But not before saying goodbye to our new friend Tiger and his able assistant Max, who took excellent care of us at Sofa Gallery. This is certainly the best place to stay if you are ever in Nong Khai, and we cannot recommend it enough. 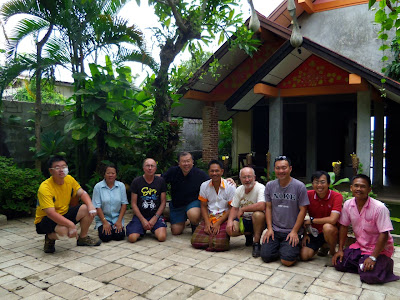 It was hard to say goodbye to this beautiful part of Thailand and I think all of us left our hearts here!

Posted by Oldyonfoldy at 7:44 AM