Van-ning back to Nong Khai 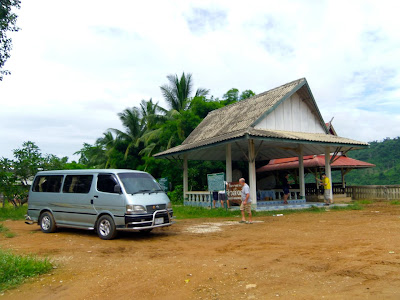 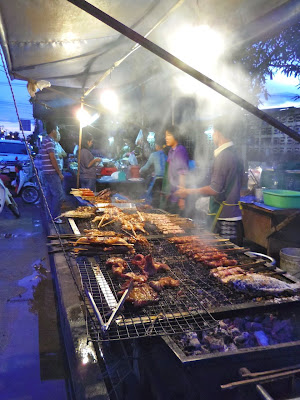 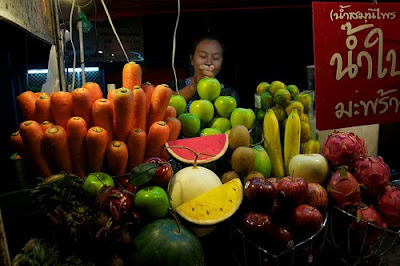 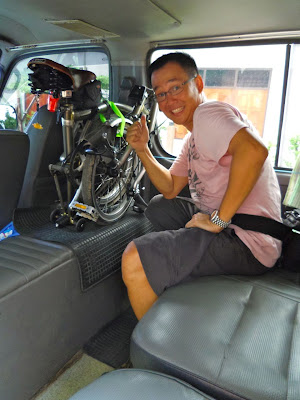 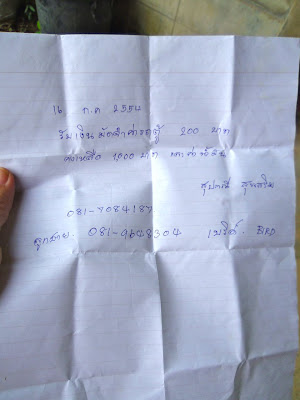 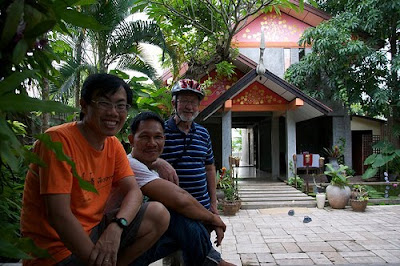 When the old Toyota van showed up at 8am punctually at our bungalow, I was still in prayer mode. Can 7 folding bikes, luggage and 8 adults actually fit inside the smallish 11 seater van? It had too, by hook or Brooks. It was great that the rear most seat was removed as instructed. We piled the foldies gingerly on top of each other, making sure scratches were minimised. 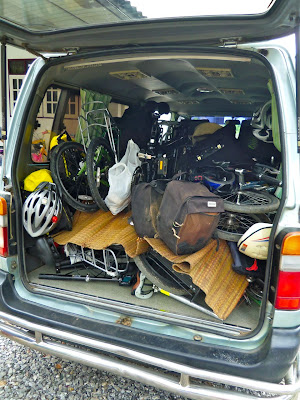 Everyone held their breath and we rejoiced gratefully when everything managed to magically squeeze into the Hiace! On that morning, our respect for our foldies went up several notches and TW blogged about this too. 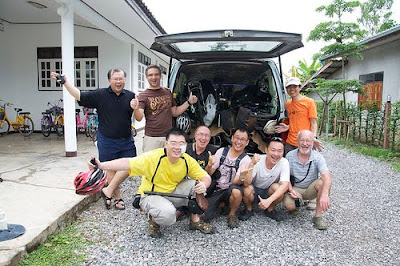 It was sad to bid farewell to Christoph and family and we had our last meal together at a local Thai eatery. They were driving back to Bangkok. By this time, Milli their young daughter, had warmed up to Uncle Mike and insisted that she sat with him. I could not help but feel a tinge of jealousy at the attention he gets from girls of all ages!

The ride back was like watching a video in play back mode where we recognised all the hills and curves we overcome a few days ago. 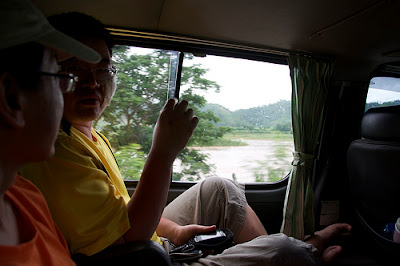 The beauty of the Mekong River was also mesmerising as we drove alongside for 210 beautiful km. 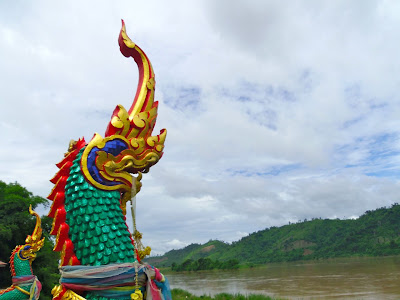 I was told not to miss a most interesting temple 25km out of town, where two rocks "uniquely shaped" are worshipped and we had had to stop there for pictures. Rod was highly amused at his namesake; displayed prominently for all to see. 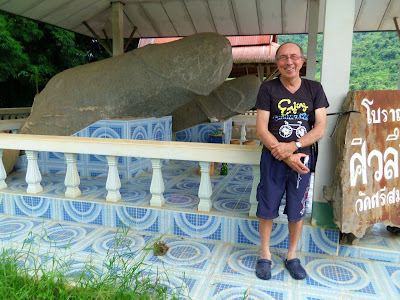 Dr Mike insisted that we did our lunch stop at Sri Chiang Mai once more for the delicious Pad Thai and when it comes to food, no one dare argue with this purveyor of delectable delights. 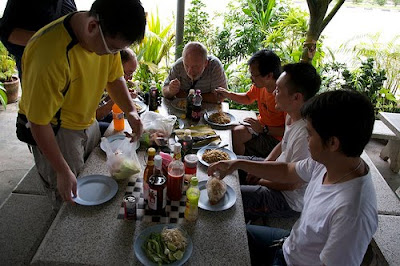 Our driver Bird, a young man in his 20s, drove us safely to Sofa Gallery at Nong Khai in record time. All that time in the van got everyone restless. We unloaded our gear, checked in and then we gathered again for a ride into town.

It was nice to be back on the saddle again, and we rode to the riverside near Mut Mee Guesthouse, hoping to take the evening cruise. Unfortunately, the engine of the boat had some trouble and we were left wondering what we to do. Suddenly out of nowhere, dark clouds rolled in and we could see a huge storm approaching. It was every man for himself as we jumped on our bikes lightning quick to ride for shelter. We ended up outside a Thai massage place and all hell broke loose. It was the fiercest storm ever! If we were to be out on the river, things would be rather wet and dangerous even. Thank God for engine trouble! His grace exhibited clearly to us again. 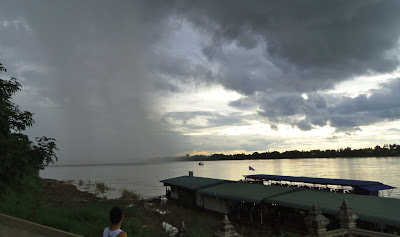 Dinner that night was at a local eatery highly recommended by our friend Chris Wee, and it did not disappoint. As usual, we over ordered! The sumptous meal of 10 dishes including stewed duck only costs 950B (US$30) for 7 of us. 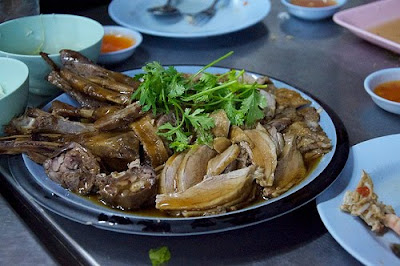 No wonder Thailand remains a favourite cycling destination for so many as the food is simply "marvel-licious" and priced out of this world! We walked out of the restaurant feeling rather bloated and our bikes groaned and creaked as we cycled slowly back 3km to Sofa Gallery in the darkness of the night. 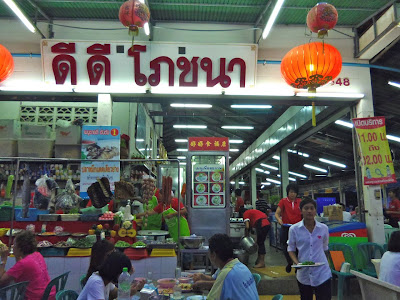 Posted by Oldyonfoldy at 8:37 AM

imagine "someone" moulton at the back of that van! ouch!

If Moulton, the bike goes in the passenger compartment, and the rider with the foldies :)