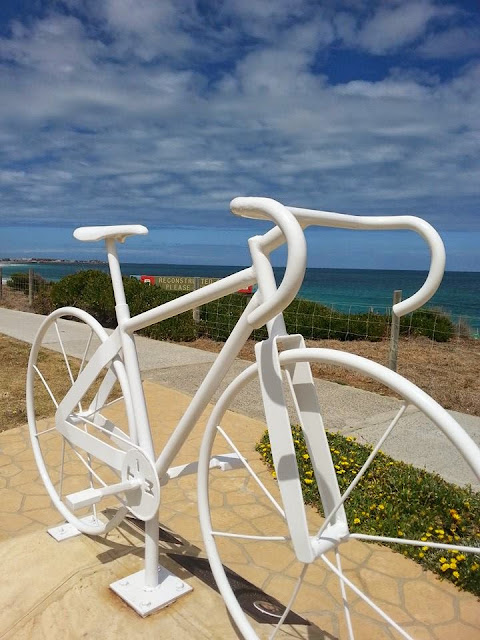 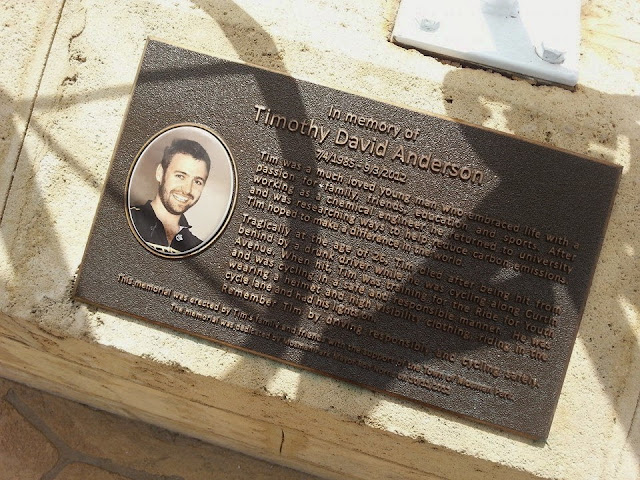 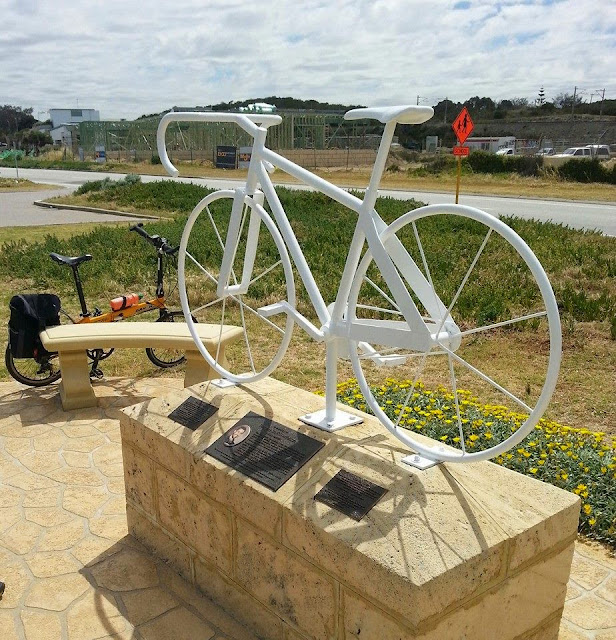 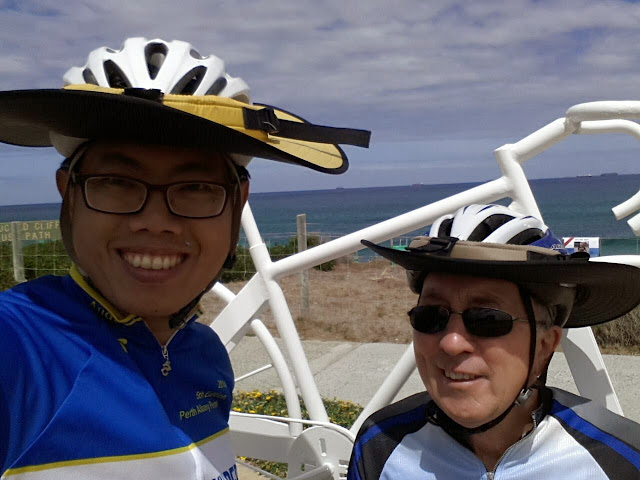 Rod and I were cycling along the beautiful bike path at Cottesloe admiring the emerald blue waters and expansive beach when we were stopped in our tracks by this bicycle memorial. A white "ghost" bike honours the memory of a young man Tim Anderson who sought to make a difference in this world.

This 26yo bright chemical engineer was killed at 8pm  in March 2012 while cycling along Curtin Ave by a hit and run drunk driver. He was training for a charity ride. Tim had all the safety gear (lights, hi visible clothes, helmet) but all that did not help as the driver was stoned drunk. He had been drinking in a Fremantle pub for 4 hours. What made it worse was that the drunk driver was racing with another car at 100km/h on a 60km/h zone.

Although the culprit was caught and jailed for 5 years, I can only imagine the pain, loss and grief his family faced and still are facing. The loss of a son is unimaginable. We were very touched to see this beautiful memorial put up for Tim and to encourage safe driving. It stands out with its gleaming white life-size bicycle overlooking the beautiful ocean. A memorial ride will be held this Sat Nov 15. 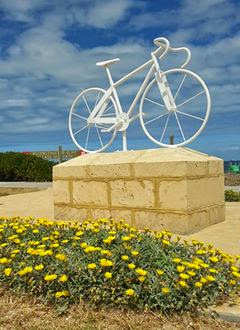 Which makes me think about bicycle safety and all those who have lost their lives needlessly to drunk drivers, particularly my buddy the late Paul Lim. I am very glad that the authorities are slowly paying more than lip service to making it safer for bicycles on the road and while demarcated bike lanes are good, the key is to separate the cyclists completely from drivers. This is the Dutch way and I reckon the best way to prevent drunk drivers from killing yet another cyclist.

Sadly as much as I hope not, you can be sure there will be a few more unnecessary deaths in the future.  Meanwhile, please ride safe and may God's protection be upon all of us. And yes, live life well and like the late Tim, let us all try to make a difference in our world with whatever God has given us.

A beautiful song dedicated to his friend Paul by CW.


Update 14/11/14 - A dear friend just brought to my attention that her former boss, an avid cyclist and a Professor at Curtin University was hit by a car from behind as she was cycling along King's Park Road about 2 weeks ago.  Tragically, shared roads somehow do not work very well unless cars and cyclists can learn to accommodate one another better. Given the "war" between both parties, this will be a real challenge. 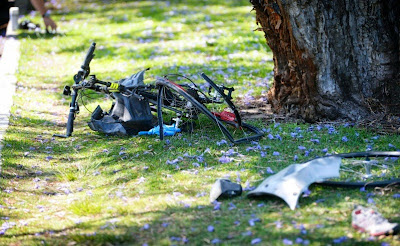 Posted by Oldyonfoldy at 6:04 PM