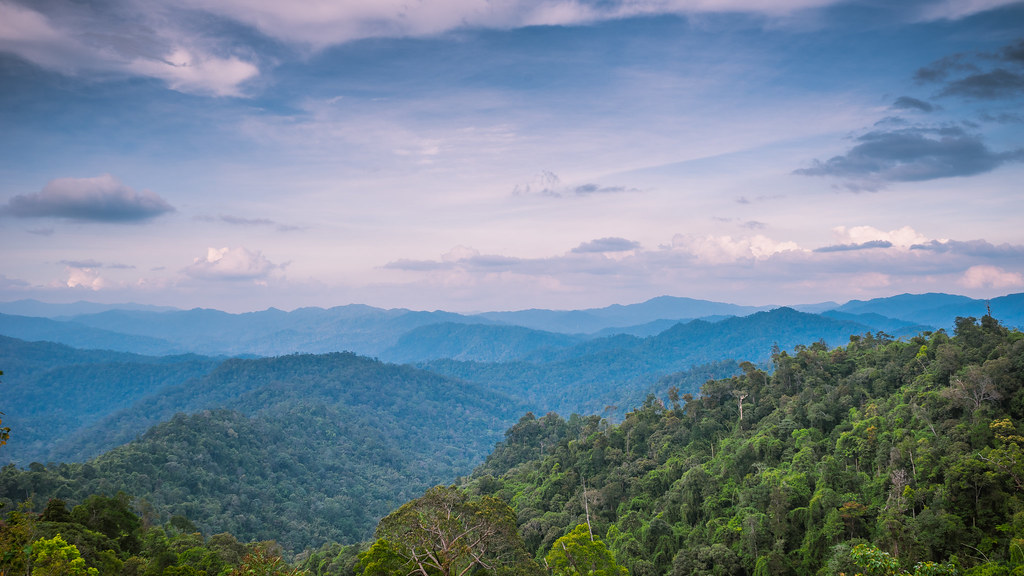 It is said that remoteness often bring about amazing beauty. The highway that joins the east coast of Northern Malaysia to the west coast from Kota Bahru to Penang was nominated as the top 3 bicycle routes in Malaysia and a last minute window of opportunity opened for me to attempt this 350 km route.

The highway took a long time to build, started in 1970 but finished only in 1982 as it traversed through 2 formidable mountain ranges, the Bintang and the Titiwangsa. Also it required bridges to be built over the huge Lake Temengor. Skirting the border of Thailand, this area was also the stronghold of the Malaysian Communist Party that fought a guerrilla war against the Colonial Government from 1947 to 1989 resulting in the sabotages and even deaths of workers and soldiers.

There is a plague that honours those who lost their lives and it reads,

The East West Highway (Gerik - Jeli) was opened to traffic on 1st July 1982. Many lives have been lost during the construction which was implemented in 1970. Some people have died during work accidents and some people were attacked by communist terrorists.
At this location, about 63 bulldozers were blown up by the communist terrorists on 23 May 1974. At this location also three JKR workers were killed and several others wounded in an ambush on 27th August 1974. Several other attacks have occurred along the highway involving the JKR workers and security forces. We commemorate those who have sacrifice their lives for the construction of the East West Highway.

For this trip, I have decided to use my zhnged up Bike Friday Tikit 16" folding bicycle which has just been fitted with a front derailleur to enable better climbing. This is very essential as it will be a ride with many climbs especially from Jeli to the top of Hentian Titiwangsa which is a 40km climb. I have also fitted 2 water-bottle mounts as unlike other parts of Malaysia, it is pretty remote and I don't want to be caught with insufficient water.

Because we will be travelling by coach from Singapore to Kota Bahru, a long 12 hour journey and returning also by coach, the folded Tikit will be able to fit inside the belly of the bus with ease. It is also one of the few 16" foldies that can take Ortlieb panniers and has 16 speeds.
I am very honoured to have the ageless Sir KC to accompany me for this epic EWAR and he will be riding his Bike Friday Llama. KC has just ridden from Singapore to Hat Yai, a gruesome 1100km journey 3 weeks ago and is battle fit unlike me whose fitness has somewhat languished due to the cold winter in Perth that made training difficult. Thank God KC is a very patient man and is probably been on the most LTF Adventures with me.

Day 1 - Spore to Kota Bharu to Tanah Merah. The game plan is to see if the coach can drop us off at Tanah Merah, some 60km south of Kota Bahru. Failing this, we shall have to cycle this distance immediately after arrival at 7-8am. There is a beautiful new hotel there called the Humaira which looks impressive and comfortable.
Day 2 - Tanah Merah to Jeli, 60km. Accommodation options are rather limited to either the Hotel Jeli Inn or D'Jeli Hotel, both very basic and simple in a one horse town.
Day 3 - Jeli to Hentian Titiwangsa, 57km. This is essentially the toughest stage which has the longest climb for over 50km and some CGOAB tourers got winded after making it to the top. 37km there may be a restaurant but there is a highway rest stop there which serves food and drinks but more importantly offers spectacular views of the mountain ranges. I'm not sure what physical stage we will be in but the option of camping is available and some have chosen to do this. The temptation to camp is the reward of an amazing sunrise!

HT to Banding Lakeside Inn, 32km. This is an easy downhill to BLI across the beautiful lakes and long bridges. Should be very scenic and fun descending for 20km! 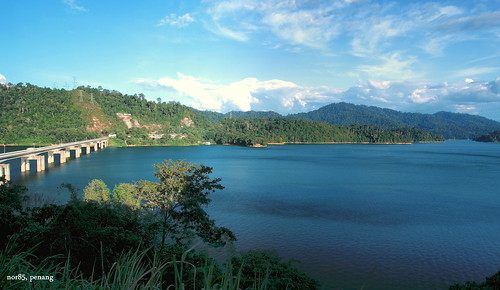 Day 4 or 5, Banding to Gerik, 41km. More climbs maybe 8km stretch but Gerik is a fairly large town with a good choice of hotels. We were there 2 years ago enroute to Betong, Thailand.

Day 5 or 6, Gerik to Butterworth, 120km. We will try to ride this leg and it will be a challenge but once again, we are not in a hurry and can always stop along one of the small towns if needed.

Penang, a ferry ride from Butterworth will be our reward with its amazing food and we will chill there for a day before taking the overnight bus back to Singapore.

We get on the bus in less than 10 hours time and will be on our Fridays for a week! We can't wait for EWAR to begin.
Posted by Oldyonfoldy at 6:18 PM

I follow your blog closely. Always enjoy your posts as you guys are real bunch of adventurous bikers. I hope to do similar one day either myself or with my son if he's game on it.

I have a question though. I own a MTB and thinking of getting a road bike. Are these unfoldable bike allow in coach to Malaysia? Will the driver ever allow or chase us out? This is one of the major drawbacks whenever I want to bring my son to Malaysia for their Jamboree races.

Thank you for following LTF and I'm very glad it inspires you to tour.

Full size bikes can fit into most coaches provided you remove the wheels and your bike is the only one or two in the coach. Some coaches however, will not be able to accommodate a full size bike so it is best to actually go down to to the bus terminal and check out exactly which bus you will be taking.

Of course if you are on a foldy, then I will say they will fit into all coaches.

As for drivers, its a touch and go but mostly, it is no problem. A small tip of 10rm should smooth things most times.