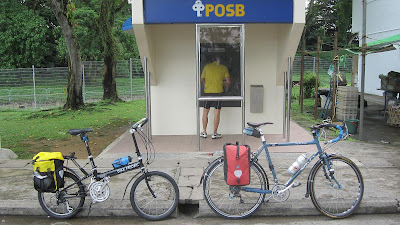 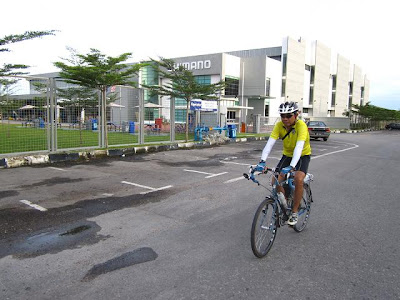 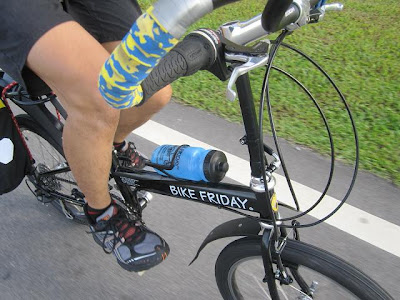 BF Expedition at its best - touring!

It rained so much on Saturday early morning that flash floods occurred in Singapore. Even in late morning, the rain continued, though easing. Great for sleeping in, not for riding. I was prepared to cancel the trip but this would be the first time coming back to this region that I would not have done a ride. The determination of CW to go and stretch the legs of his Surly gave me the needed push, even to ride through wet weather.
.
Fitted the fenders on my BF Expedition, threw a few things into the water-proof Orb and off we went at 1pm only to realise that I brought the wrong size spare tube. O well, we had a patch kit. The ride to the causeway was easy enough with the rain graciously on hold.
. 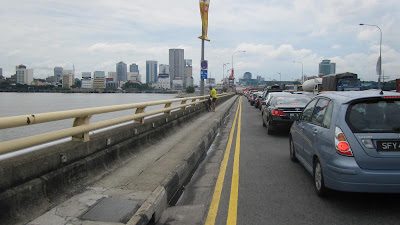 Clearing customs in the Singapore side was no worries but the new immigration system in Johor, Malaysia led us on through a long maze of flyovers and spitted us out a good distance from the causeway. Fortunately, all of custom officers we met were very polite and friendly. One of them kept commenting, "Friday, Friday!" not that he knew anything about foldies but that got all of us smiling.

The ride through Johor Baru was a bit hairy as there are no bike lanes and at most parts, we had to ride on the highway. Though cars, motorbikes and trucks were zooming past, they seemed to give us a wide berth.
. 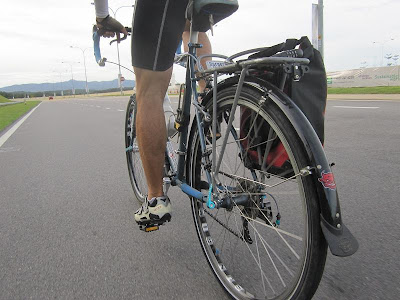 We decided to get off the main road and take the quieter road to Gelang Patah, a small town near Pontian. Development has gone on full steam in this area as part of the Iskandar Region and everywhere, there were new housing estates replacing the jungles much to CW's disappointment. He used to MTB there in the good ole days. Thus, we ended up a bit lost but arrived at Gelang Patah 5pm in time for afternoon tea. The good thing about Malaysia is the numerous coffee shops around providing great snacks and drinks.
. 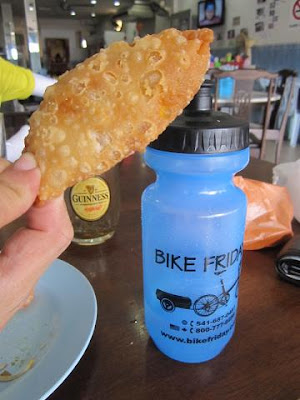 As it was getting dark and with 38km to go, we picked up the pace. I realised how unfit I was as I struggled to draft behind Chris Surly LHT at 25-28kmh. All those cold Australian winter weeks have taken its toll on me legs. 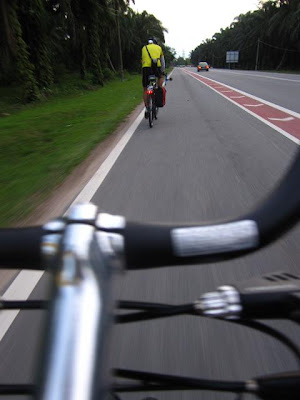 Just at the shire of Pekan Nanas, we nearly fell off our bikes in excitement when we spotted the Shimano factory. This is where they build the wheels that set the bicycle world in motion. The security guard must have thought he met 2 cyclists just out of a mental institution as we snapped pics and behaved with so much awe and "reverence". 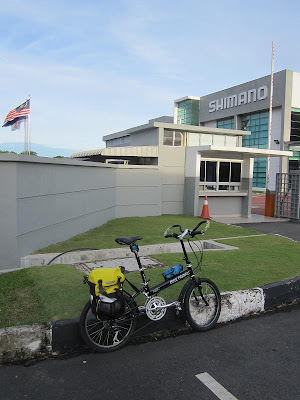 We pulled into Pontian at 735pm feeling quite tired (at least I was) and checked into the Pontian Hotel, supposedly the best one there for US$38. A good feed of Chinese food with rice just by the breezy seaside followed by a nice massage was the perfect end for our expedition. 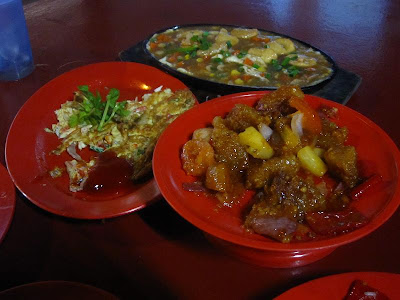 I was out like a light when I hit the comfortable bed oblivious to anything and anyone. I reckon a 100km ride is the best sleeping pill, rain or no rain.
Posted by Oldyonfoldy at 5:52 PM

what a fine looking 'trucker!'

We didnt manage to find any Wanton Mee stall but we may go again to Pontian soon. Not so much for Wanton Mee but maybe to buy 2 interesting bicycles.

Me thinks those well-horne calves are nicer than the Trucker!

Where to next? Umm, I may return late Sept to Spore and do a ride in the Riau Islands. Did it before few years back.

Any plans for overseas ride for you?