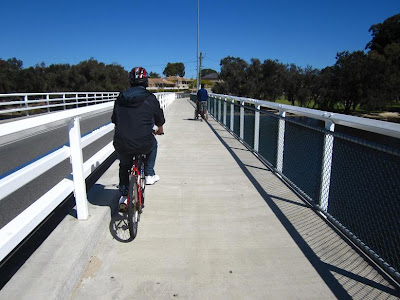 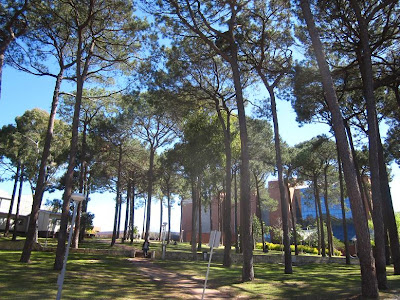 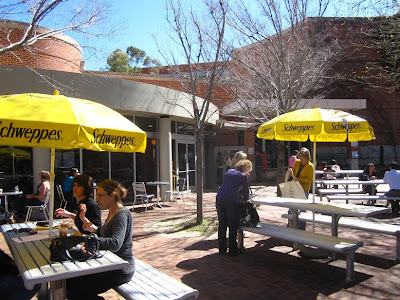 It is a well-researched fact that for trips less than 5km, the bicycle is the fastest way to go. I had the opportunity to prove this point to Peter, a Chinese student at Curtin this morning. In order to make it for the 8am lecture, he has to leave the shared house at 7am, walk to the bus stop on the main road to catch the 709am bus. If all goes well and the traffic is merciful, Peter will arrive at the Curtin Uni bus terminal at 730 and walk another 10 mins to get to the lecture theater at 740am thereabout. O yes, there is the pain of the daily commuter squeeze to battle as well.
As my finger is nicely recovering, I wanted to catch up on my cycling and pedaled to his home. We set off at 1005am and bike through the wonderful bike paths, crossing the Canning River and in no time, we were at the fringe of Curtin Campus, approximately 1020am, a mere 15 mins. 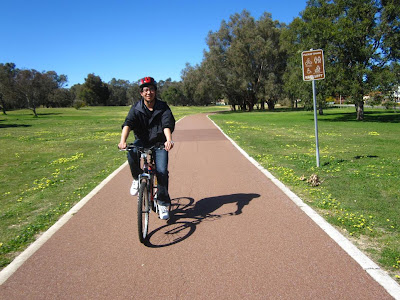 Navigating to his lecture theatre took only 5 mins for a very easy 20 min point to point travel time for the 4.8km journey. It could be shorter if we were not held up at the one traffic light which caught us for 2 mins. 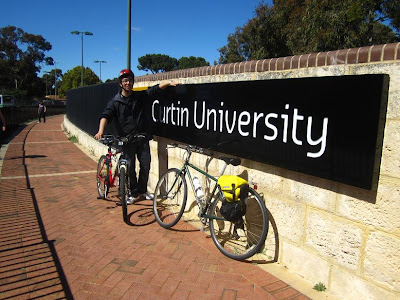 Peter was amazed! We locked up the bikes at one of the numerous bike racks and I was shown the impressive campus, and had a glimpse of what a typical day at uni would be like for Peter. It was great to know how bike friendly Curtin is. 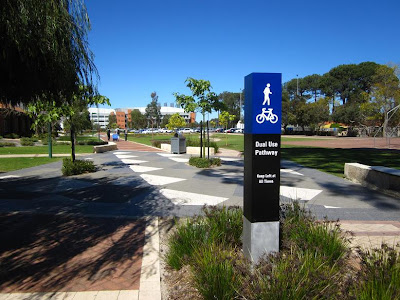 We cycled home with broad grins, especially for Peter, who just earned another 30 mins of sleep in the morning. We added up too the savings in bus fares which can be quite substantial over a year (US$500). With the bonus of improved health with daily exercise and increased fitness, biking to uni is a no brainer.
Transperth just lost another passenger but I think they are happy about that.
Posted by Oldyonfoldy at 12:59 AM

Perth is looking very attractive with all the bike paths! Yes, bicycles are the best way to get around under 5km. Other then efficiency, there is also the wellness factor of riding a bike.
Another fun and efficient way is to use a mix- foldies and train. My friend was very impressed when we took the same/shorter time using this combination. Now he has a foldie.....:)

We shall be 'soaking in' those blue skies in about a month's time !

I wished I had the humility to have bought a bicycle instead while studying in Perth. At that time (17 years back) the only thing in my young mind was to get a car! Sigh... Nevertheless, it's still not too late right? :)