Walking for a change 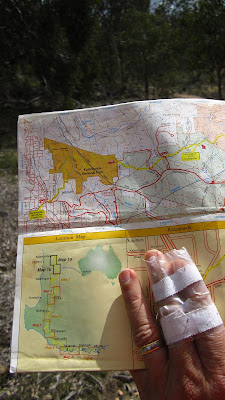 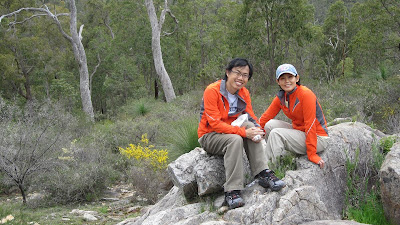 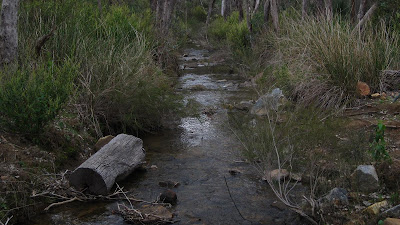 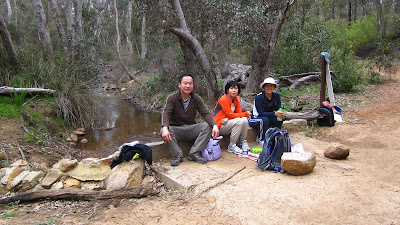 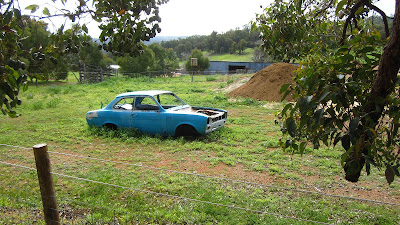 Ford Escort of the 70s 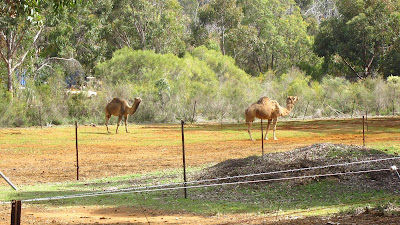 Since cycling is out temporarily due to my fractured finger, a good mate suggested hiking the Bibbulman Track. This is a 1000km bush walk that leads from Perth to Albany and takes a good 60 days to complete. It is well planned with sleeping huts, toilets and rain water tanks every 20km or so. 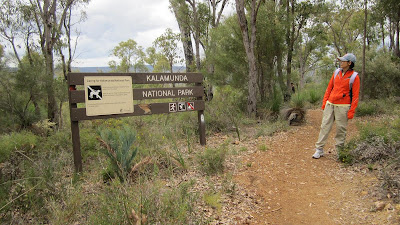 We drove 2 cars and parked one at Mundaring, our ending point. Then drove to our starting point some 9km away at Ashel Road. It was a bit tough to find the track but the giveaway sign was that of a triangle snake. It was definitely very different from cycling in that the pace was slow and to be moving with shoes instead of wheels. 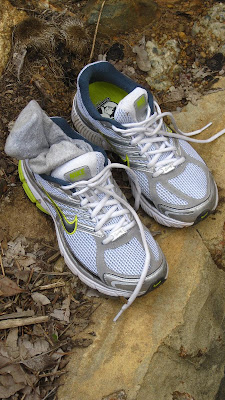 However, it was really nice to be out in the bush, surrounded by trees and native plants, breathing fresh air with absolutely no one around but the birds. 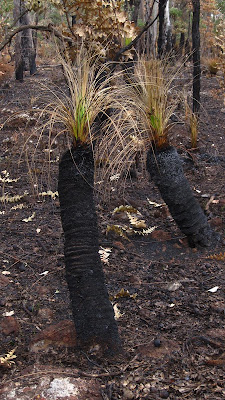 M, who is a seasoned mountaineer, was a bit disappointed that the initial walk was rather flat but the other 3 of us were quite happy to stroll along enjoying the scenery without being too breathless. 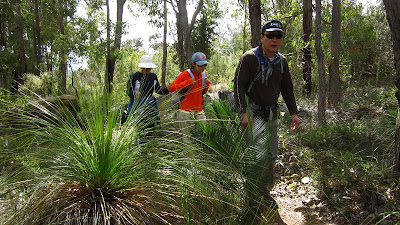 We found a nice place by a small stream to have lunch and my friends M and Y surprised us with a huge picnic Korean lunch. No wonder they carried two back-backs while we only had one. 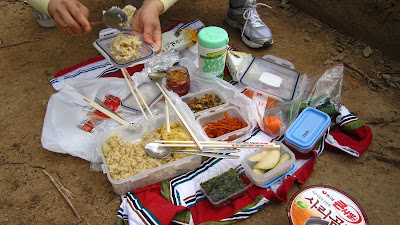 There was everything in there including the ubiquitous Kim Chi which we discovered was a great bird deterrent. We threw it at those pesky scavengers and they were no where to be seen! That got us laughing to no end.
There is a cycling equivalent of this cross-country into the bush here in WA called the Munda Biddi Track, which is a mountain-biker's paradise. I hope to try that out soon once I'm back to cycling again. 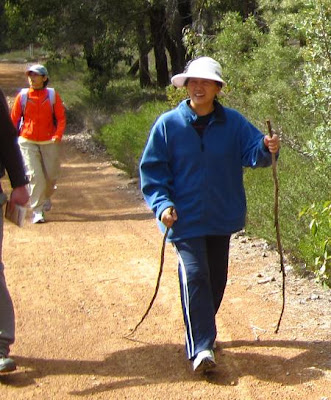 Posted by Oldyonfoldy at 7:06 AM