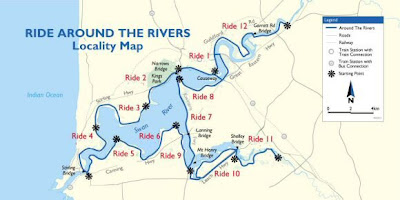 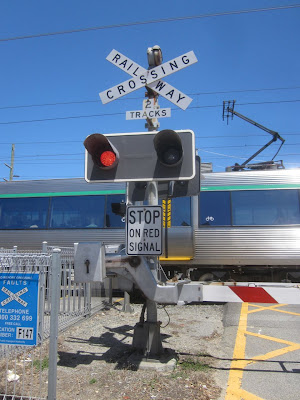 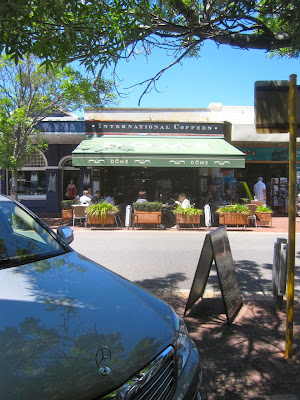 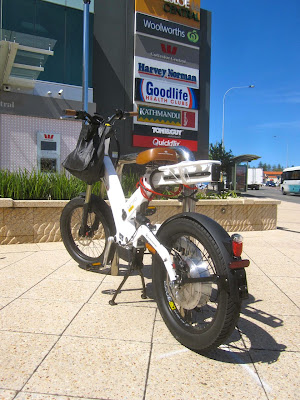 Discovering new routes and new places has always excited me. My most recent ride saw Ken and I cycle to the city, then to Fremantle via the northern part of the Canning River passing through UWA, Claremont and Cottesloe and then onwards to Pt Walter and Applecross. A nice and easy flattish 50km jaunt.
Leaving from Bullcreek at 745am, traffic on the bike path was busy but nothing compared to the crawling motorway. We felt so sorry for the cars! Perhaps one of the most scenic bit is the ride from the Friendship Bridge near the city to UWA where the bike path is right at the edge of the beautiful Swan River.
Riding through the flash suburbs of Dalkeith/Peppermint Grove, arguably the richest suburbs in the whole of Australia, we were blown away at the many riverside monumental mansions. Unfortunately, we didn't bring a map and had to continue a short part of the way on Stirling Highway which is not bike friendly.
We enjoyed a lovely morning tea of coffee and muffin at Maid Marion's Bakery in Cottesloe. Very reasonable prices but the highlight was not so much what we ate, but what we saw. 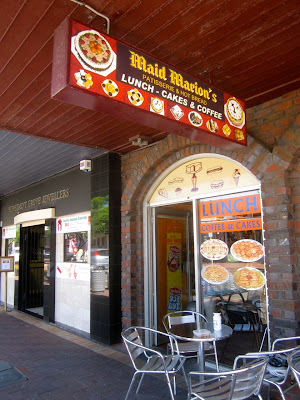 Ken is an avid e-bike enthusiast (he built one himself) and his sharp eye caught a spanking new A2B Metro e-bike parked on the rack. This is a top shelf bike commanding a price of about A$3k! Fat wheels, disc brakes, quality finish, avant garde design, the Metro looks more like a motorbike than a bicycle. Alas, we waited for the owner to show up to have a chat, but waited in vain. 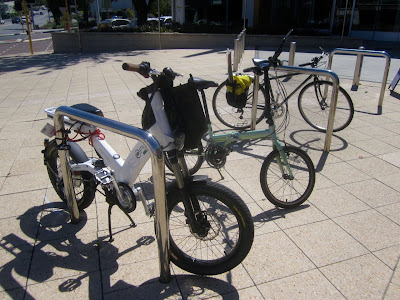 Decided to veer a short skip to the breath-taking coast via Eric Street. Very few cities in this world can offer a change from an awesome river to sea experience in a matter of minutes. Made Ken and I feel so blessed to be living here.
I was so glad that the fresh sea breezes cleared up my hay fever allergy and could finally breathe properly. Sometimes, we take so much forgranted. Gliding along the coast is magic! 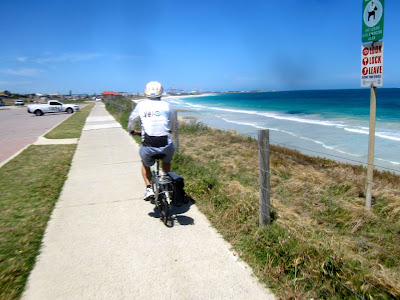 Fremantle appeared quickly and for the first time, we were cycling to Point Walter from the other side. Doing things differently and breaking routines is highly recommended from time to time.While refuelling at Pt Walter with ham and cheese sandwiches, a one legged seagull showed up. So we fed her real well and did our good deed for the day. 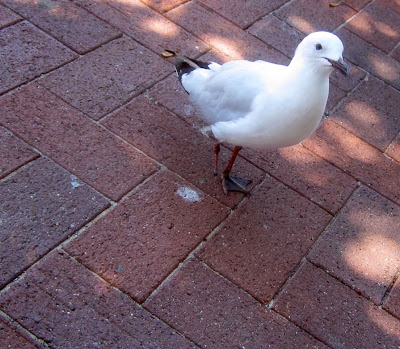 Our ride home was done in a record time after that. Ken remarked that this was the best local ride he has done so far and I agree wholeheartedly with him.
We did it, we looped the loop!
Posted by Oldyonfoldy at 5:09 PM