A Tikit with Rod 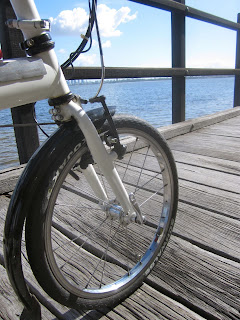 I have not seen Rod for over 2 months and it was great to ride with him once again on our usual Wed morning jaunts. We rode the Mekong in Thailand a few months back and have put many kms together. I believe the more we ride with someone, the closer we become.
This was also the first time I took the Tikit out on the route to Pt Walter. The contrast in riding a 16" wheel with a 700c one was visually starking but there was no issue in keeping up with one another. 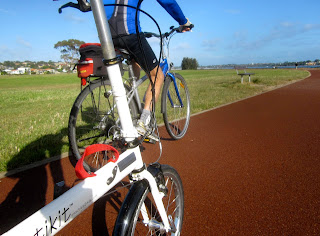 The baldy Kojak tires I had were extremely grippy and a real blast to ride. My only peeve was riding through a rough-ish wooden bridge where the high pressure 16" wheel was sending vibrations a plenty and I had to slow down.
But apart from that which means 99% of the time, the Tikit put a big smile on my face. It is now my favourite bike here in Perth. It has done 450km in the last 3 weeks so far! 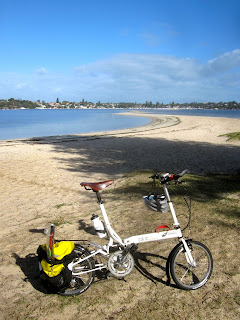 Posted by Oldyonfoldy at 3:30 PM