Poodling around Kampot on clunkers 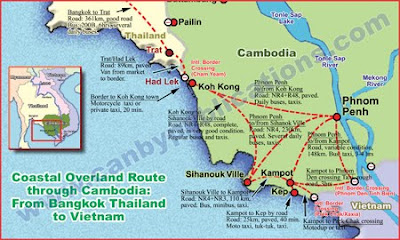 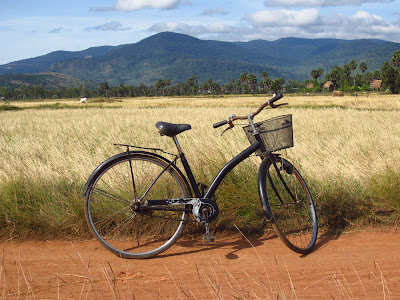 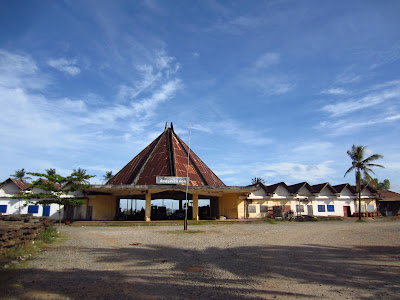 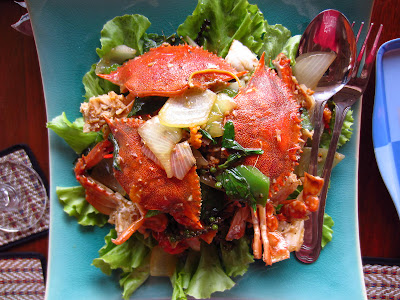 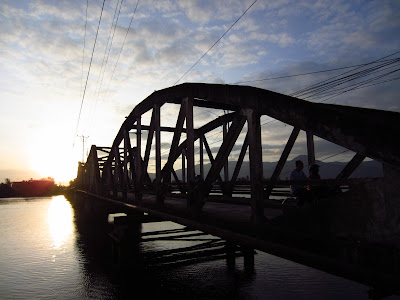 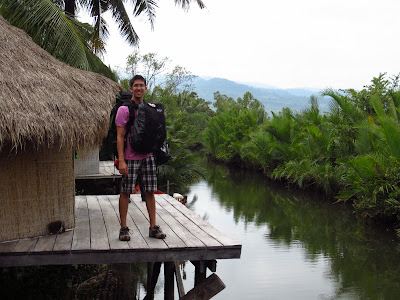 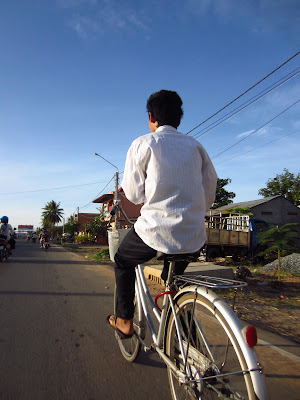 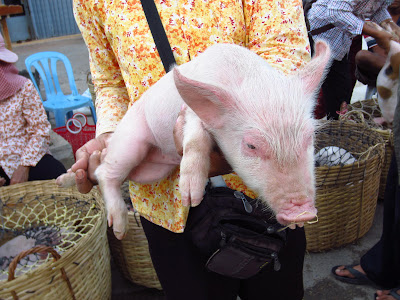 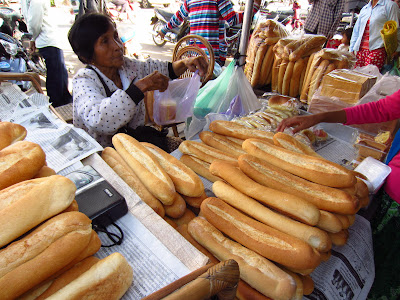 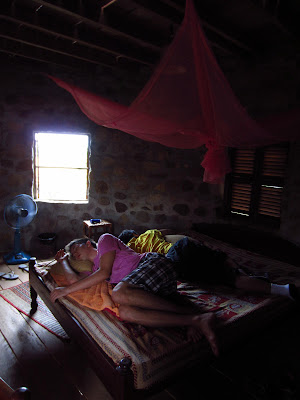 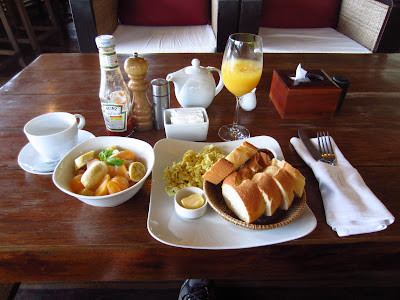 Discovering new places is always such a delight and this time after our usual work at COSI Orphanage, we headed 150km south east from Phnom Penh to the French Provincial town of Kampot. This is an idyllic town set alongside a beautiful river, and where time stands still.
. 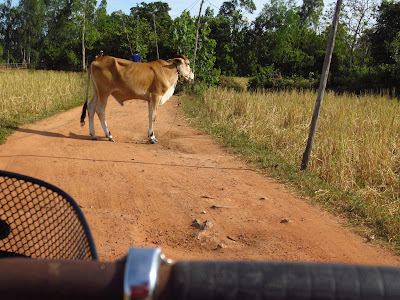 Its not far from the Vietnamese border crossing of Ha Tien (opened only 2 years ago) and is only 25km from Kep, the coastal town famous for crabs. It is also near to the Bokor Mountain ranges where the French aristocrats used to have a lovely casino there in the mid 1900s. It is now in ruins along with an old but grandiose Catholic church still standing.
. 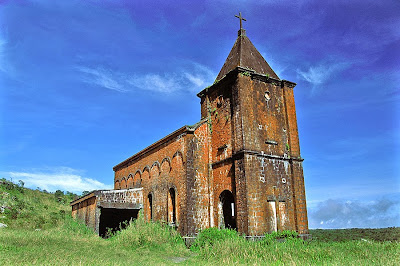 Works have started to restore the glory of the resort and the Khmer Rouge were holding out their positions from the Bokor range as recent as 2001. For cyclists, it is a challenge to climb the 40km from town but the downhill reward promises to be sweet. That will be on my must do list on my next visit. 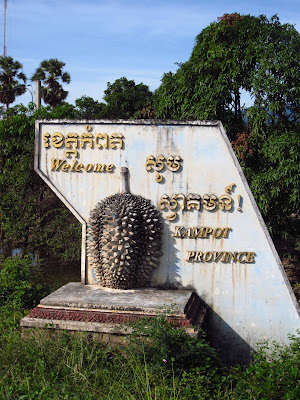 Our 2 night stay was at Ganesha Riverside Eco Resort where we had the most amazing time. Situated 4km out of town along a small estuary and amidst rice fields, Ganesha enjoys a special uniqueness among the many typical ordinary style guesthouses in Kampot. It has no aircon, no TV and no hot water but it has plenty of fresh air, simple but comfortable rooms (mosquito nets FOC) and a glorious view of the Elephant Mountain ranges. 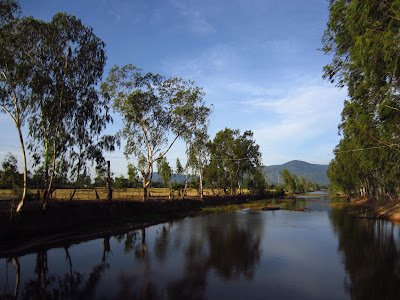 What added to the enjoyment was the excellent and warm service from Sok Pheara and the German owner Dirk who is also a fellow touring cyclist.
. 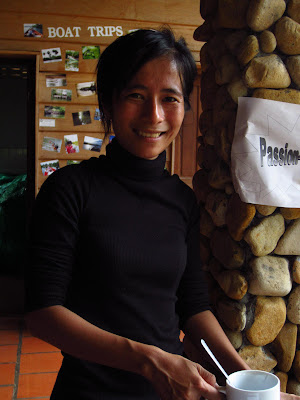 We chose to stay at The Tower which is a 3 storey building that offers a 360' view 11m high. It swallowed 7 of us comfortably and it is liken to staying in Rapunzel's Tower! What I enjoyed about it is that we all felt so cosy and yet, it offered sufficient privacy.
. 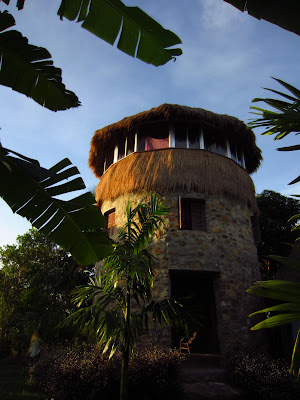 The 2 mornings I was there I used the complimentary bicycles to ride to town and that was a true highlight for me. Riding in the cool morning air, being greeted by friendly villagers, with awesome scenery surrounding me as I bounce along the dirt track is as good as anything can get. My 2 young friends enjoyed themselves thoroughly.
.


One of the must-do here in Kampot is a sunset cruise along the wide river and at US$15 for an hour, it is decent value especially when the boat can pile in as many as 15 folks. Bookings are taken at the Tourist Centre just by the old bridge and one day advance notice is preferable.
. 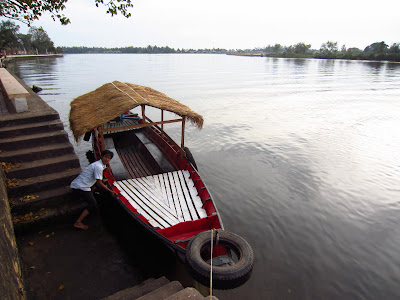 .
On our way up river, we saw many birds flying low in formation passing us so gracefully. That was priceless! As our money was running low, we searched for the cheapest eats in town for dinner and came across the Lazy Fish. At US$2 for rice and curry, it was pretty unbelievable though we had to endure 2 blackouts and an hour's wait for our food. As they say, you get what you pay for!
. 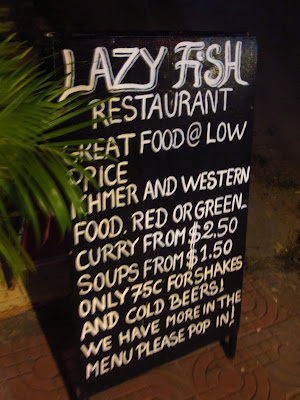 Somehow, the charm of Kampot has escaped the Lonely Planet hordes for now. Its perhaps one of the last vestiges of old town Cambodia still ticking at its own time. Go before its too late.
. 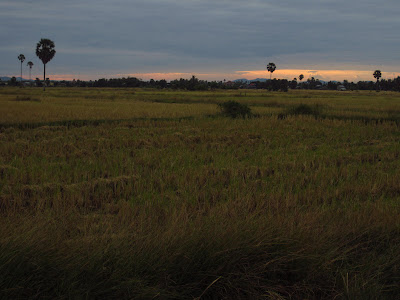 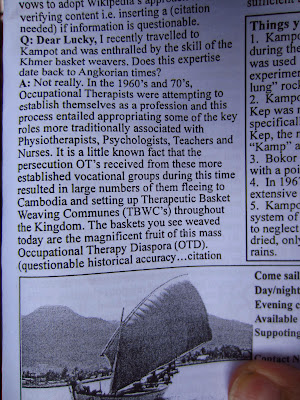