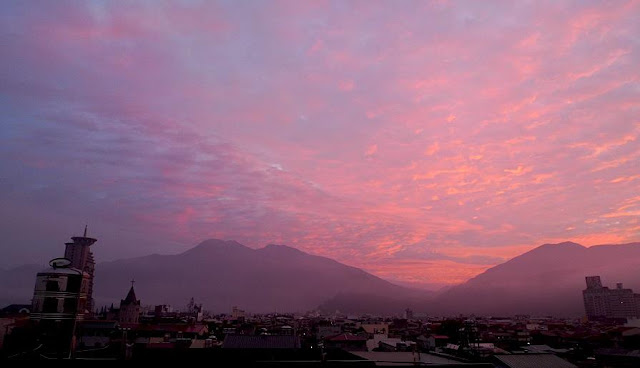 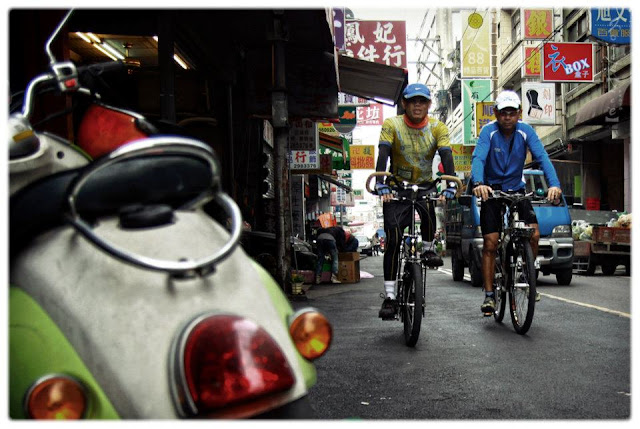 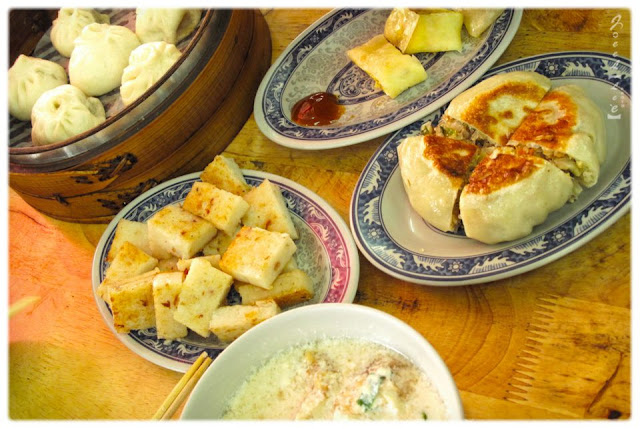 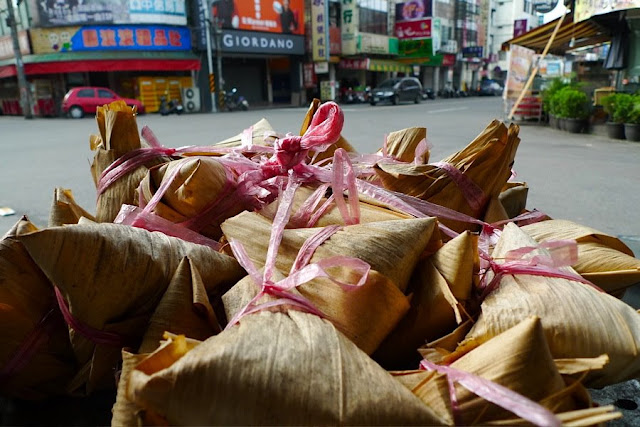 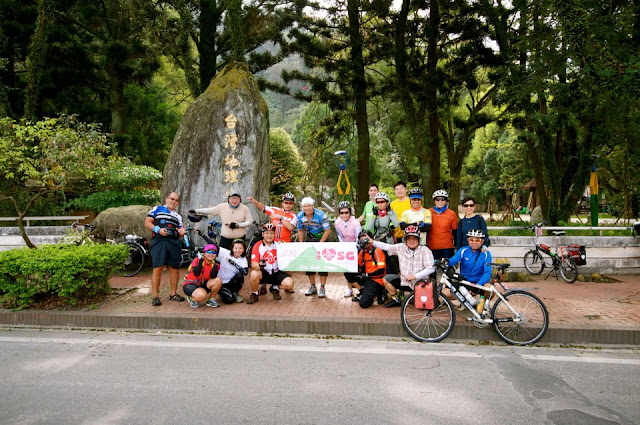 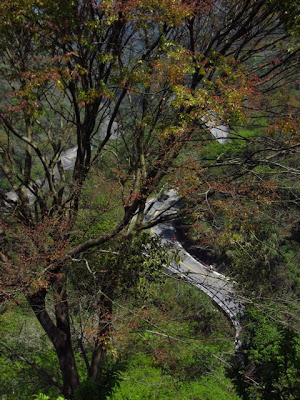 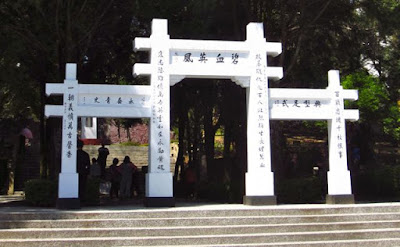 The Wushe incident is remembered here. Very tragic event where 1000 aborigines were killed in retaliation for 130 Japanese killed. 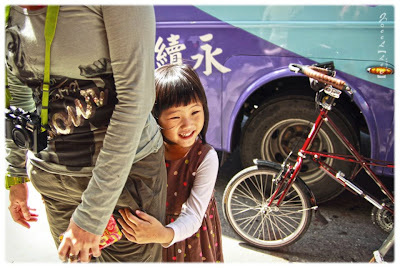 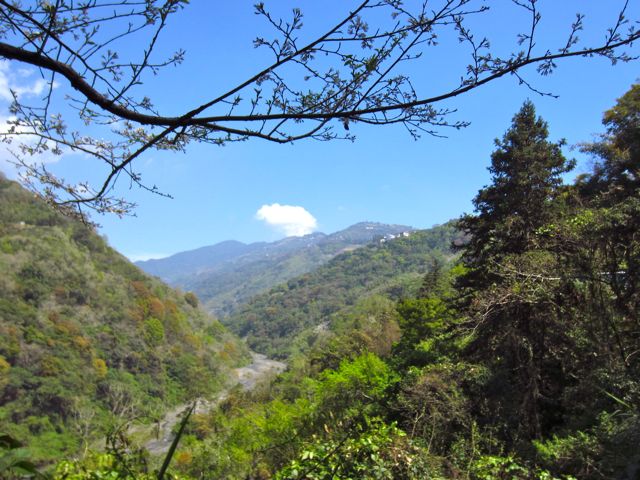 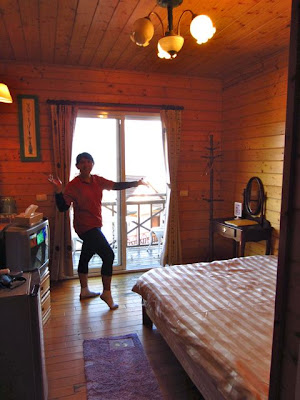 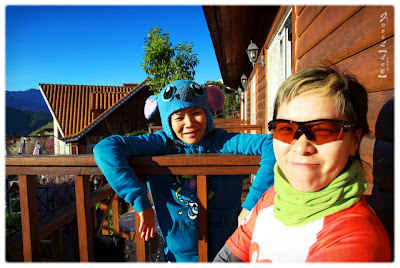 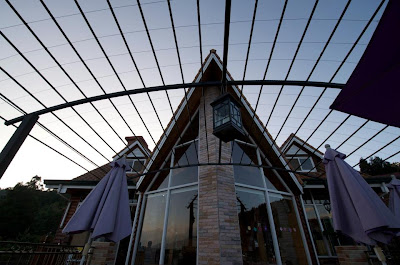 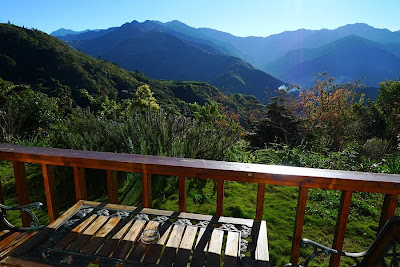 Pic - CW
Chris and I got up early to do some exploring (our usual habit) while the rest were still snugly in bed. Its always fascinating to see the world wake up. The main streets were still asleep and we marvelled at the mountain in the background that challenged us to climb it today. 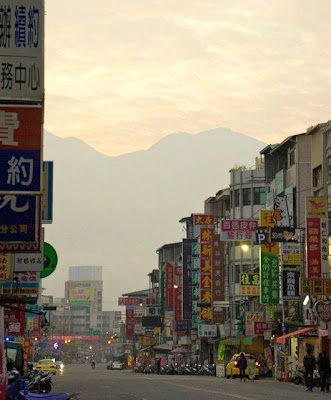 Pic - Nick Wong
Our little adventure on 2 wheels brought us to the thriving morning markets with the smells and sights of busy vendors getting ready their various products. We glided through the busy back lanes of Puli in the coolness of the new day and stumbled upon an ancient temple with red pillars and gold chinese letters. In its compound was a group of elderly people performing Tai Chi in perfect harmony and it was obvious that they have mastered those complex moves. I knew I was in the heart of Chinese culture and time stood still for me as I watched silently with mouth agape. 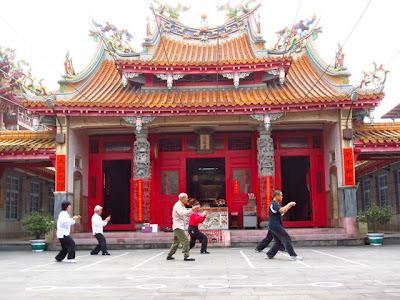 Joining the rest of the gang once again, George gave us a very thorough briefing before the climb and everyone paid the utmost attention. He bellowed, "Today's ride starts easy for the first 10km, then its up, up and more up for the next 20km. Take it easy and spin. If too tough, its ok to push." The last bit brought relief to many of us. 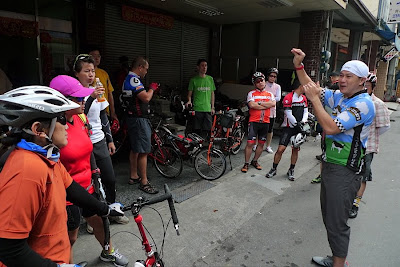 Pic - CW
Then, it was refuelling time and we cycled to a nearby small restaurant for breakfast. With 22 of us walking in unannounced like a Tsunami, the staff were caught by surprise processing endless orders of soya yoghurt, radish cakes, chinese donuts and stuffed pastries. We needed to fill up for our 30km climb to Qing Jing Farm altitude 1800m. 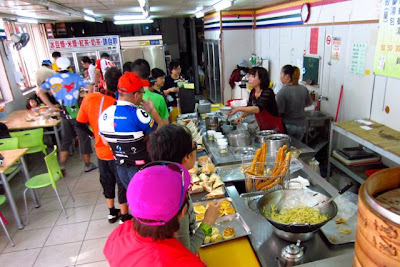 Everyone was in the highest spirits as we began our ride and the ascent was thankfully gradual at the start. It was wonderful to get out of town and into the scenic countryside, but our hearts were exploding in anticipation as we saw the majestic mountains beckoning before us. But with George leading us, we felt very assured that we will make it. 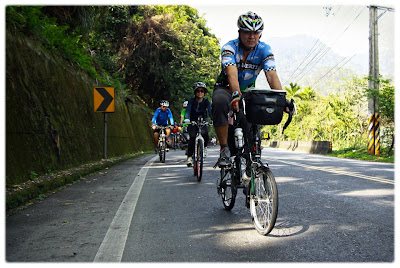 Pic - Joeel Lee
The ride was paced perfectly with well-timed breaks at key scenic spots and amazing 7-11 stores that we grew to love. Taiwan has such a strong bicycle culture that each 7-11 store had a dedicated bicycle corner providing tools, pump, patch kit and even free water. 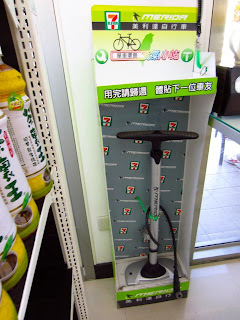 I was visibly impressed and felt a strong admiration for such encouragement to us cyclists. What blew me away was a dedicated drink called Bicycle in the shape of an orange water bottle that fitted nicely into the cage. In it was a lovely refreshing lemony taste all for US$1. I was starting to fall in love with Taiwan! 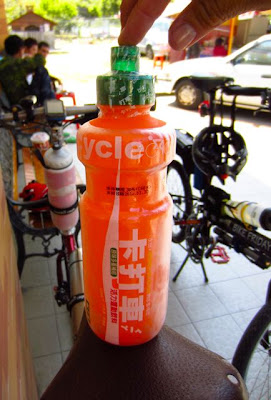 The going started to get tougher after that and granny gear was called upon. The trick was to spin our way up at a pace that we could manage comfortably but this was easier said than done. Soon, some of us got off to push and there was no shame in it.
What was appreciated was how we all encouraged each other to “Jia Yew” (add oil) – a Chinese expression to press on and this came from many a motorist who passed us by as well. We soon arrived at Wushe where we stopped for a longer break to refuel on lovely pears and bananas. 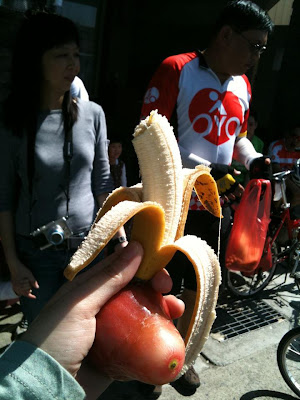 This is a quaint town 7km to our destination with a shimmering lake nearby. Its certainly worth spending some time here to explore but we had to push on unfortunately. 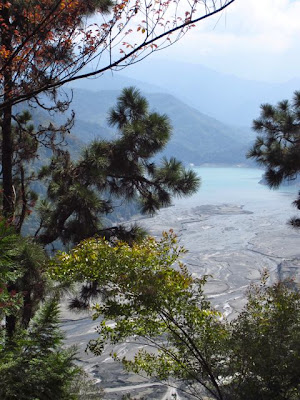 The climb became even steeper as we struggled upwards and that seemed the longest 7km I ever done in my life. Many end up pushing their bikes and it was touching to see Joeel practising chivalry. Sometimes the worst situations bring out the best in people and it was great to see the team working together to get everyone up. 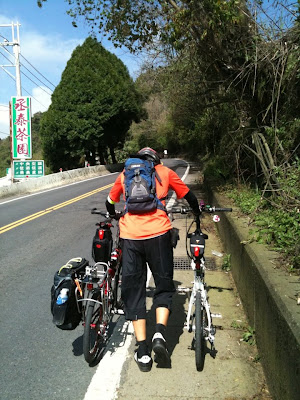 I was grateful that our panniers were carried onboard our bus which became our mobile mothership for drinks and food. At this stage, poor Nick developed cramps on both legs and Celia our resident Physiotherapist got working double time despite being winded herself. 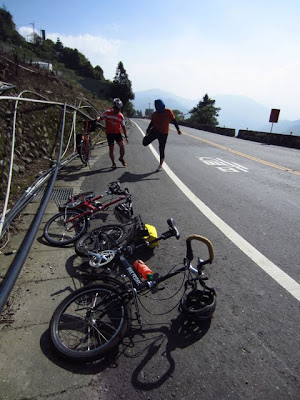 With Deep Heat, stretching and massaging, Nick could at least walk up to our next rest point where Drs Mike and Joshua lavished us with ice cold Cranberry drinks. It was now Mike's turn to treat Nick. 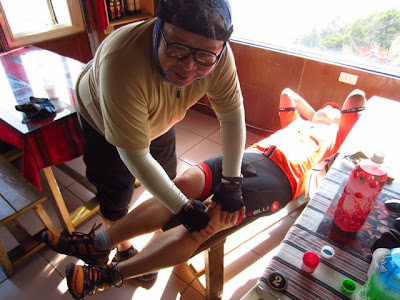 It seemed like eternity before we arrived at the 7-11 of Qing Jing, passing impressive replica buildings of European origins. 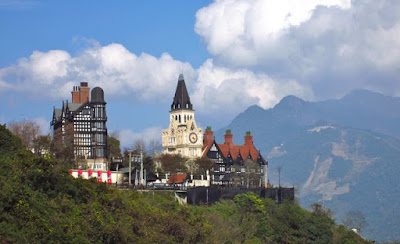 Here we waited for all to come and had a lovely time just basking in the sun with the gang, sharing about our experiences of our first day climb. We were spoilt for choice at the well stocked 7-11 and I really grew to appreciate this top class convenience store that seemed to be the cyclist's best friend in Taiwan. 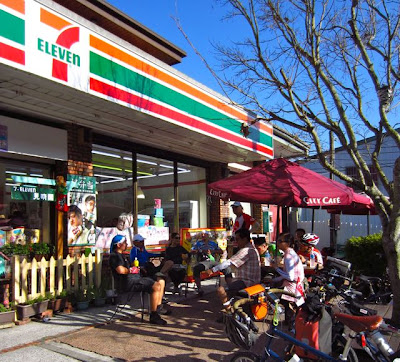 Then, lo and behold, Ying Chang showed up in his Dahon Smooth Hound.  He had ridden triple our distance from the city and caught up with us with only two chain rings. We were so pleased to meet this new friend and discovered later what a fantastic person he is. 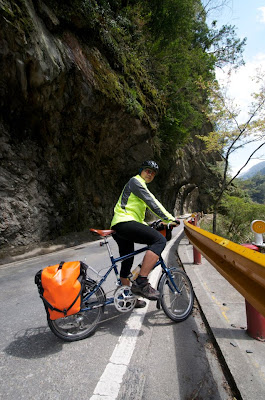 The Vienna Resort, where we finally checked in was absolutely delightful with Alpine wooden designed rooms with magnificent views of the mountain ranges. All of us were thrilled to bits to be staying here and we could not contain our excitement! 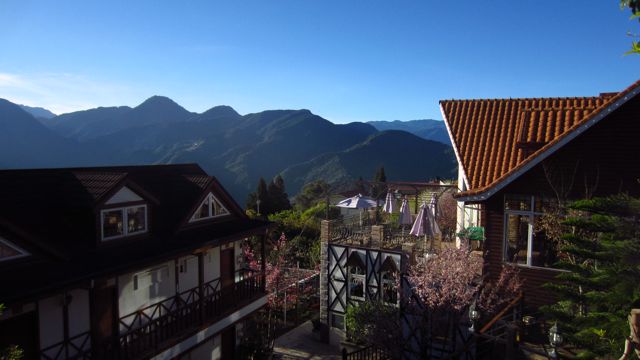 We were also blessed to enjoy the tail end of beautiful Cherry Blossoms. This was the prize for all our hard work and a 7 course lunch was gratefully eaten at 5 pm! 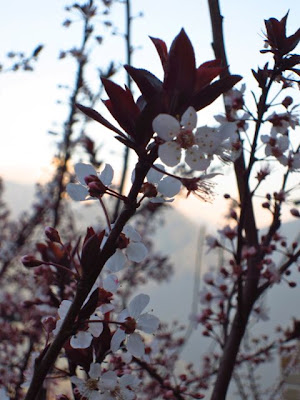 After a shower and a much needed nap, we walked to a very trendy mall with Starbucks and 7/11 to have mochi, dessert and coffee.
Nobody had any trouble sleeping that night and some of us wondered what we had signed up for with aching legs and the promise of more pain the next day. But for now, I drifted into a deep sleep with a special sense of peace and contentment.

Posted by Oldyonfoldy at 7:47 AM

Very detailed documentation Bro Al. I love the part where U and Chris woke up early to discover the place.