A very patched up tube 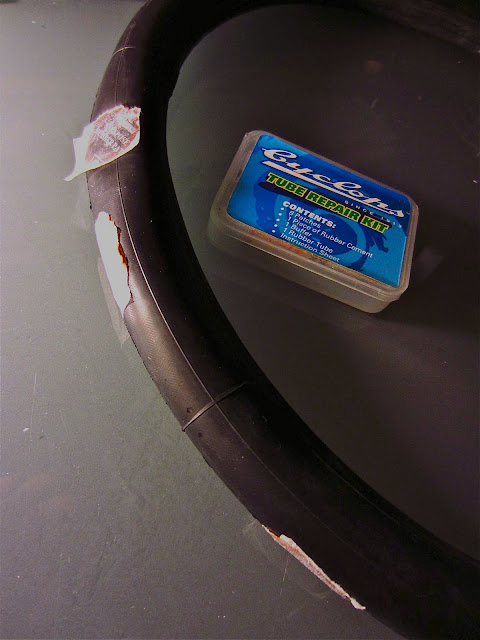 After some off road riding last month, my Tikit suffered a front tire puncture. It was the slowest of leaks but eventually, the tire was flat one morning. For some reason, I have used up all my 16" tubes and hence had to patch the tube. 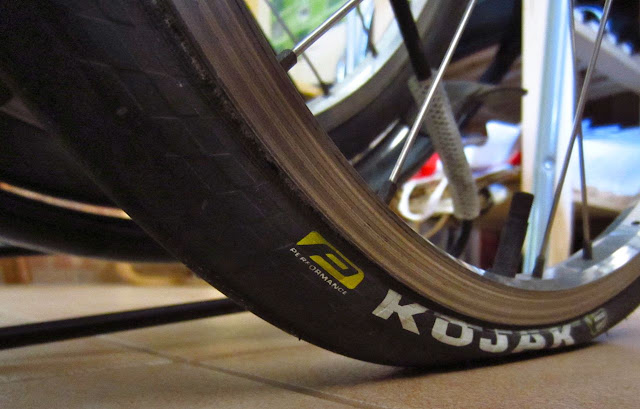 Close inspection revealed lots of tiny prickles that have pierced through the Kojak and I had to take a tweezer to remove at least 7-8 of those nasties. When I eventually had to patch the tube, there were 3 leaks and hence required 3 patches. Anyone who first see the very patched up tube will say I'm a Cheap Charlie but I rather be known as one than not being able to ride my Tikit!
Posted by Oldyonfoldy at 8:04 AM

Eeps. Looks like you need to restock on 349 tubes! Aren't they available in Oz? There's an offical BF distro there right?

wah.. I call that eco-friendly!

Diane, no BFs store in Perth. Only Eastern States. Need to bring some tubes fm Spore when I get back next. TW, eco-friendly? More no choice, haha :)