There is a reason for every season 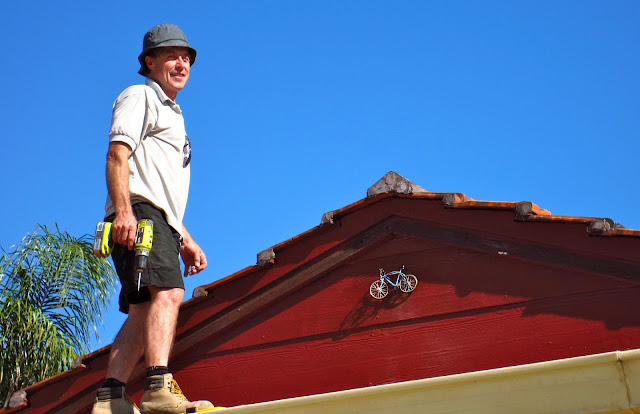 It was rather interesting to receive an unearthly morning call from my good friend Nick (a master carpenter) yesterday. I've been thinking about him lately but to get a call at 6+ in the morning was a little more than I bargained for. The bad news was that his work van sprung a leak in one of the radiator hoses. The good news was that it happened just outside my home so he could coax his very overheated van to drive there.

So here was Nick nice and early feeling rather sheepish at his unannounced arrival at my door and being British, he never refuses a hot cup of tea. At 8am, we drove to my regular mechanic, KL Motors at Willetton, who happened to walk in 2 mins after we arrived. He took a look at it and shook his head, saying its one of those hard to access hose and he wasn't sure if he had a spare one that will fit this 20 years young Mitsubishi. But he could see we were desperate and so he kindly gave it a go. He struggled with it for a while and even managed to find a part in his backyard. So one hour later and for only $80, Nick had his van running again.

Trouble was he had cancelled all his jobs for the day not knowing how long the repair would take. Being a great friend, he asked if there was any carpentry work he could do for my home. A wonderful mate indeed and we did some fixing and repainting of my roof. 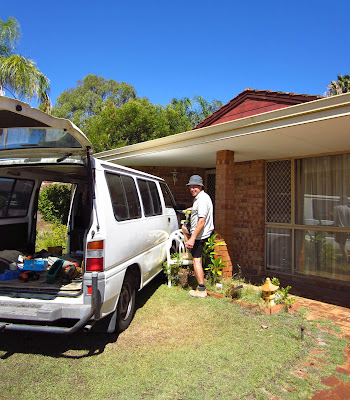 But most significantly, he put up what I always wanted for a long time - a miniature bicycle given to me, mounted on my roof displayed proudly for all to see!  Seems there is a divine reason for any kind of season we may be facing, the cold winters or the hot summers of our life when we walk with Him.

What started to be a potential bad day for Nick turned out to be a most pleasant one of great fellowship and an unexpected blessing for the both of us.

New Living Translation (NLT)
And we know that God causes everything to work together for the good of those who love God and are called according to his purpose for them.
Posted by Oldyonfoldy at 9:12 AM

The mini bicycle on your roof looks charming! He's such a sweet guy to set aside time to fix the roof. Now it looks even better with the red paint. He's definitely a friend you can count on always. :-)