Cycling on Spore roads - Do you dare? 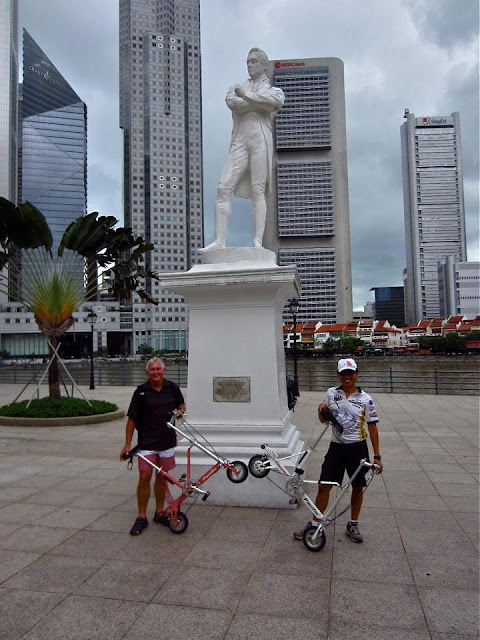 Singapore has seen its population increasing at a steady rate. In 2000, the population was just 4 million, now in 2013, its 5.3 million and come 2030, the authorities are aiming to grow it to 6.9 million. One of the bad consequences is that traffic is getting worse and will continue to do so.

This makes for more drivers who are impatient and has resulted in higher risks for the commuter cyclist here in Singapore. Just in the first 6 months of 2012, there were 182 accidents involving cyclists and from 2008 to 2011, 70 cyclists have been killed.

This is a pity as Singapore is such a beautiful country with so much to offer. There are numerous bike paths that have been created and for the leisure cyclists, it is almost bike heaven especially in the cool early mornings and evenings. However, for the commuter, it is a different story as its a dog eat dog world on the road, and bicycles are vulnerable tiny Chihuahuas among the big doggies like Rottweilers and German Shepherds. 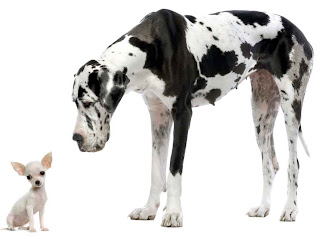 There has been much ground support to create bike lanes as with many other developed countries and I hope this will happen sooner rather than later. With car prices highest in the world (Toyota Corolla = US$100k) and public transport getting more congested, more people are finding cycling a viable form of transport. Calvin Boo, a commuter cyclist wrote an intriguing article , Let's Bike to Work, on how to commute safely in Singapore which is worth a read. He rides a 20yr old Bridgestone XO-5 so if anything, he has good taste in bicycles. 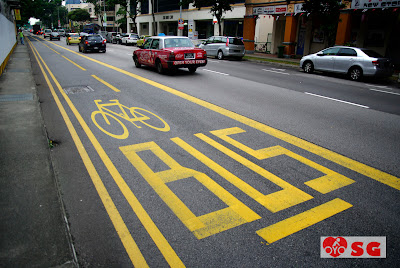 Commuting is not new as in the early days of Singapore, my grandfather used his Raleigh as his main form of transport and cycled 15km daily to work. The benefits of cycling are well known and I hope the Singapore Government will address this dangerous situation before more people lose their lives. 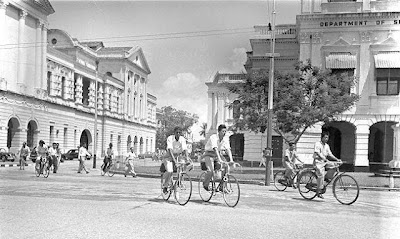 Meanwhile, the question before us is do you dare to cycle on Singapore roads these days?

Posted by Oldyonfoldy at 6:39 PM

Ohhhh. So dangerous... love the video of old singapore.