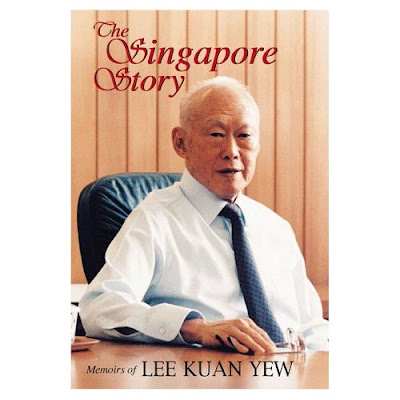 I was delighted to read that the founding father of Singapore, was supportive of cycling in his younger days while an undergraduate at Cambridge University. He is known to be very serious in his fitness regime and cycles around the Istana grounds daily while he was still able. No wonder at 90 years old, Minister Mentor Lee is still able to live a very fruitful life.

I hope the Singapore government pays heed to his wise words - to consider special tracks for cyclists!

“For three years I cycled (at Cambridge). Of course it’s cooler there, so you don’t sweat. Kept me fit. I used to have to cycle about five miles uphill to go to Girton to see my girlfriend.” 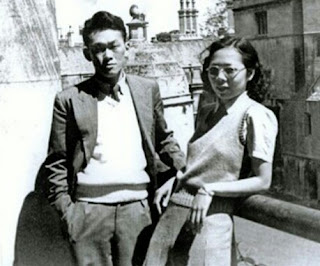 “I think we should really consider special tracks for cyclists. Encourage it, then instead of this LRT (Light Rail Transit) and so on you have bicycle racks at MRT stations. It’s better for everybody’s health, it’s better for the environment and it’s certainly better than having the place or having the roads overcrowded with cars, taxis, buses. Doesn’t make sense to me.
But, you know, the modern generation: even to go to the bus stop, they want shelter. I think girls may not like it, they’ll be sweaty. The boys will say, ‘No, I’m doing my national service later, why you make me do national service now? We are rearing a generation that wants to be in comfort but I think cycling is good for them. It did me good, anyway.”

*Thanks Ben Alex Cai for sharing this on LCSG.
Posted by Oldyonfoldy at 5:52 PM