Police cracking down on Melbourne cyclists 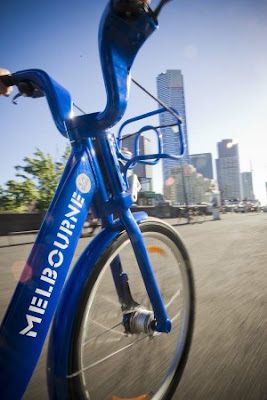 The good news in Melbourne is that more people are turning to bicycles as their form of transport. Ranked consistently as the world's top 10 liveable cities, you can imagine the traffic jams. I have been to beautiful Melbourne several times and the last time, I took my Bike Friday Tikit to roam around the city. Beats taking expensive public transport and much, much faster. They have great bike paths there. However, even then I encountered a bit of a bicycle jam while crossing a traffic light intersection at peak hour!
The bad news is that as more people take to cycling, more rules are being flouted and today I read an article about the police targeting errant cyclists. My first reaction was oh no, police bullying the small fish once again but I realised that it is for the safety of the cyclists and fellow road users. It is heartening to know however, that compared to other road users where 80% flout the rules, only 5% of cyclists do. The fines are not cheap here in Australia:
Bike-related laws to be enforced include failing to wear a helmet (a $146 fine), not having lights ($146), failing to obey a traffic light ($292) and riding in a tram safety zone ($292).

One particular law that I support is the use of helmets as I'm beginning to see many cyclists especially school kids here in Perth who dangle the helmet on the handlebars, and wear them only if the authorities are around. Yes, my wife who is presently in Amsterdam tells me that no one wears helmets there but I'm a firm believer in the safety of a helmet. I have experienced how a helmet saved my life first hand, and seeing it protect a friend's head too. More about helmet protection here by TreeHugger. 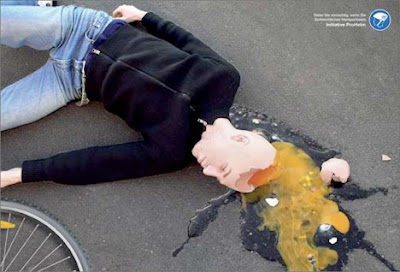 Another area of concern is motorists opening their door carelessly and causing cyclists to crash into them, resulting in serious injuries. I hope the Police look into this aspect of safety as well.
So for those cyclists who ride safely and obey the laws, I think we have nothing to worry about as far as the Police is concern.
Disclaimer: Just in case I give the impression that I'm always the perfect law-abiding cyclist, I have to confess that I'm not.
Posted by Oldyonfoldy at 6:04 PM