Daylight robbery, & a night one too! 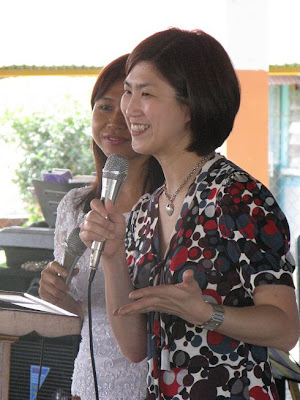 She risked her life 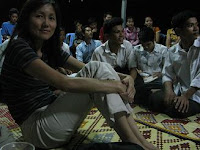 I've been to PP for at least 6 times and feel its a relatively safe place, until last night. While waiting for our transport after a meeting with University students at 10pm, a motorbike pulled in front of us and the pillion demanded my friend's handbag. This was inspite of the fact that there were 6 of us. Immediately, another friend helped grabbed hold of the handbag and the robber reluctantly left after we all came in. Shocked and caught unaware, we were stunned for a while but it was another clear example of God's protection over us all. What was certainly displayed was selfless sacrifice on the part of my friend I'Ching - she did what Jesus did for us all. Putting her life on the line for her friend!

When I got back to the hotel, I learnt from my wife that her student, Kat, also nearly got her bag snatched while on the back of a motorbike. A motorbike pulled alongside and tried to take it on the move.

What an adventure this has been. Next time, we need to get bodyguards. But seriously, its important to be vigilant in ANY country especially in dark places. And O yes, do carry only things that you are willing to lose.

Just another normal day in Phnom Penh.
.
.
Words of Jesus in John 15:13: "Greater love has no one than this, that someone lays down his life for his friends."
Posted by Oldyonfoldy at 9:23 PM