A new bike for a faithful friend. 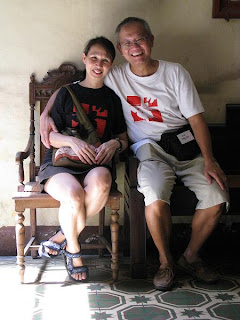 My good friend Seng Chor and his lovely wife, Ros. 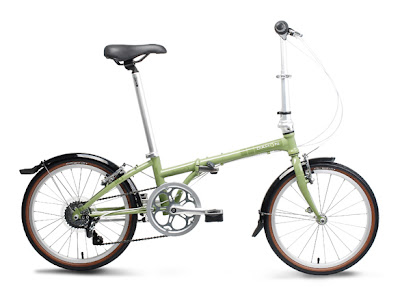 I have known Seng Chor now for several years. We met while I was taking classes at Trinity Theological College as an occassional student, and he happened to also be posted to my church as an intern. We have since grown to be firm friends through various projects we did together. 3 years have passed, and Seng Chor and his family are still at my church, serving and blessing so many people. If there is anyone ever so faithful and dependable, it is Seng Chor. Always there for everyone...
.
I'm not sure what he has learned from hanging around with me but I have converted him to becoming a foldie. He wanted some exercise and I introduced him to a D7. He has put nearly 2000km on it since and he looks really in great shape, though his well riden D7 has seen better days.
.
Our church was wanting to acknowledge and appreciate him for all his wonderful help last year, and I suggested a brand new foldie. Approval was given so its foldie shopping time.
.
With a budget of about $500, I will plumb for another D7 ($600) since this is perhaps the best value bike at this range. It comes with 7 speeds, 20" tires, adjustable handlebar post and good old Dahon technology. It helps too that it has won several awards.
.
http://www.dahon.com/news/reviews/0307independent.pdf
.
http://www.dahon.com/intl/boardwalkd7.htm
.
A fellow folding bike enthusiast Vik from Canada seems to like his D7, even more so than the accomplished Tikit in some areas. Speaks volumes of this very competent bike.
.
http://viktikit.blogspot.com/2007/12/what-i-like-better-about-my-dahon.html
.
Two other bikes too are in the running - the super cute Curve D3 and the value packed Easy 6 plus. Lets see what Seng Chor wants this Tuesday.
.
Hope this little gift will bring great joy to an incredible friend. He deserves every spoke!
.
Update 8 Jan - SC has moved into a new place and has expressed that he would like the Carry Me instead. The compact fold will be appreciated in the apartment and Ros finds it cute. Problem is that 2008 prices have kicked in and it now retails at $699, up $100 or 16% increase.
.
I'm told that Dahon too will be upping their prices soon due to increased cost of material. But for now, D7 prices still remain the same. Seems like the best investment decision in the very turbulent 2008 financial markets is an investment in folding bikes!
.
Update 18 Jan - SC has decided on a brand new D7. It will be more suited as it will enable SC and his wife to ride together - in terms of speed. The good folks at Speedmatrix (thanks Alan & Joseph) very generously sweetened the deal further and that was most appreciated! SC test rode the new bike and remarked how smoothly it rode. Happy riding SC & Ros! Thanks for touching so many lives including mine.
Posted by Oldyonfoldy at 1:46 PM