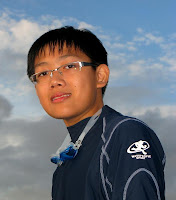 Let's see what the tikit can do... 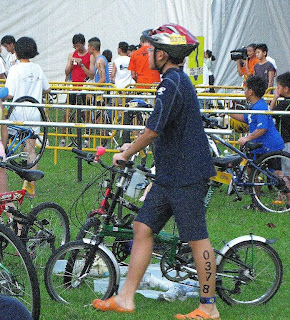 Parking the tikit, ready for race 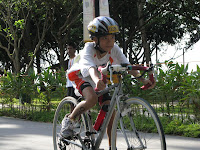 Can this Roadie eat the tikit for breakfast? 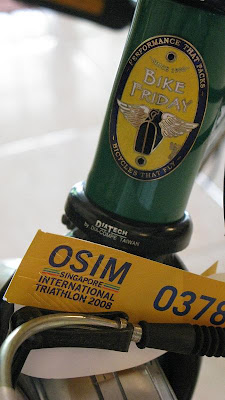 Surprisingly, the answer is mostly the other way around 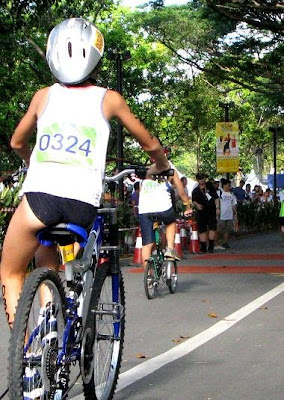 Taking on BIG wheels with small ones
This is the stage that is most relevant to Lovethefold readers. How does the tikit compare with other full size bikes, and also, the impressive Dahon Speed Pro which was used last year? I asked Jem about the tikit and he said he prefered the tikit. He liked the overall performance in terms of nimbleness, riding position, responsiveness and ease of handling/pushing (100m worth), though the wider range gearing of the Pro was better for stronger riders.

Despite its smaller 16" wheels compared to the 20" S Pro, Jem felt that the tikit was just as stable. He remarked how he overtook 4 riders on his first leg, and another 9 on the return leg of the 10km ride. He was not overtaken by anyone in his class! One roadie rider yelled, "Oii!" presumably in disbelief at the shame of being overtaken by a circus bike. Another rider exclaimed, "Why the wheels so small?"

The tikit was the ONLY folder in the entire Tri race. An impressive commuter bike, don't you think?