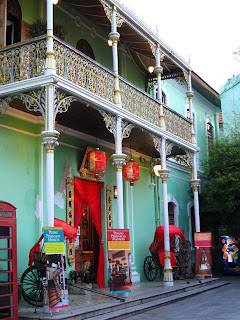 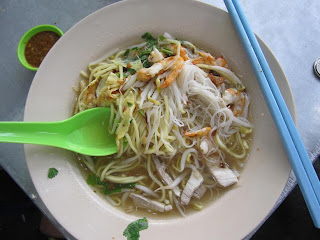 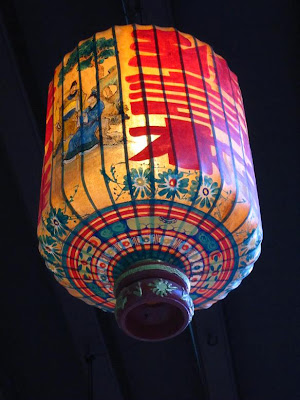 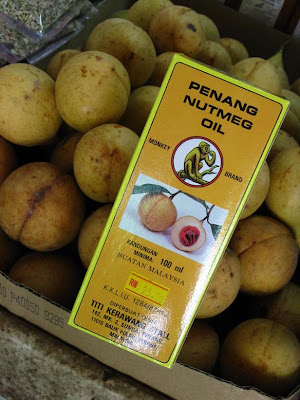 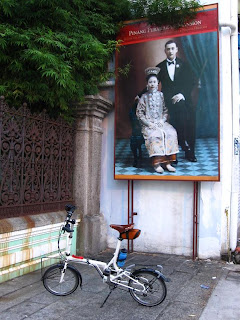 Flying to Penang from Langkawi must be the shortest flight I ever taken - a whole 35 mins! The plane was a twin prop by the latest budget airline called FireFly. 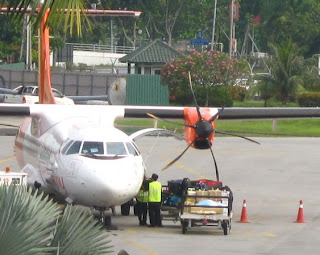 From the air, we could see the many islands around Langkawi and the glistering reflection of the sun over the sea pointed to an exciting day ahead. 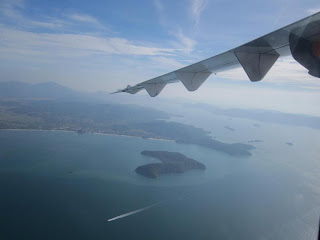 I have cycled from Bayan Lepas airport to town once on a Strida several years ago and remembered the heavy traffic. We taxied into Berjaya Hotel in Georgetown but the taxi driver was a foodie of ample girth and we ended up lunching at his favourite Nasi Kandar restaurant. 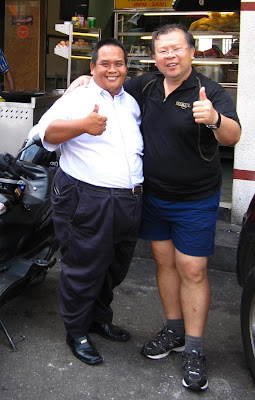 This is an Indian Curry rice of several rich curries combined and it blew our taste buds to the sky with its exotic and rich taste. 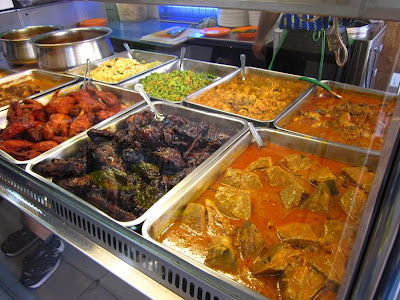 Our hotel was a "proper" hotel which was a fitting end to our trip. Penang must be the best place in the world for food with its variety, quality and unbeatable value for $ so we decided to have a 5 course dinner at 5 different places. Assembling the Fridays was a breeze and we were soon exploring Georgetown, the colonial quarter after part one of our dinner extravagaza. There are plenty of British iconic buildings from its rich heritage. 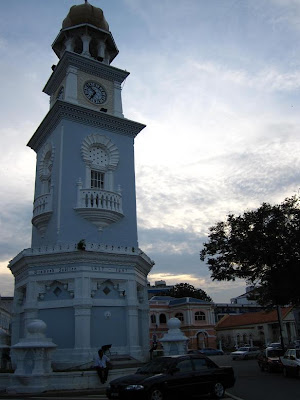 At Little India, we bumped into a Scotsman, Patrick, who is a folding bike enthusiast as well. He was most intrigued by the tikit and was fixated by it. He had cycled USA and Canada and just bought a Dahon MU P8 in Bangkok. He wanted to see the tikit's folding magic and it became the circus attraction for the big crowd there. If only I pass the hat around, I may have collected enough for another free trip somewhere!!!

Exploring a new city gliding on 2 small wheels is truly the ultimate transport through busy traffic and unfamiliar road rules. What a sense of freedom and mobility! 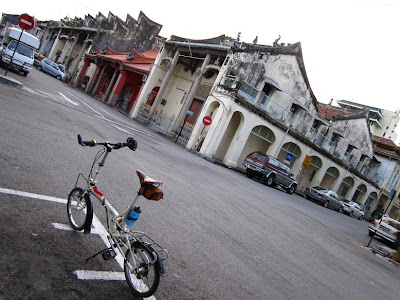 All of a sudden, a city of 3 sq km is shrinked to a city of 10 mins in any direction. Mike who has never done this before kept exclaiming, "This is the way to go!"

To show you how excited we got about Penang food, this is what we had between the 2 of us in the 5 destinations we went in a span of 3hours: 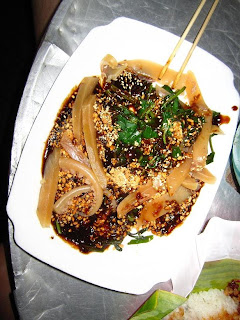 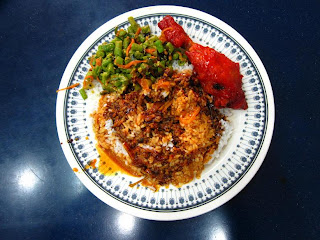 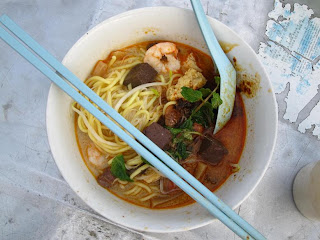 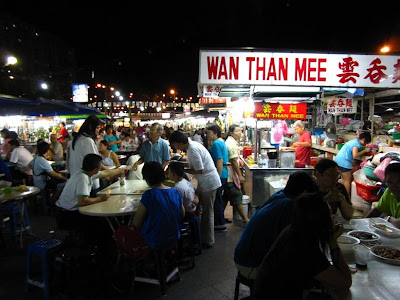 It was no wonder my stomach acted up later that night. A small but extremely satisfying price for eating silly in Penang.

Posted by Oldyonfoldy at 8:51 AM