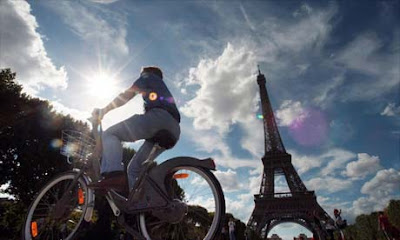 I came across this excellent European video on the role of bicycles in the 21st century that resonated in me strongly. If the 20th century (old mobility) is one of propriety or ownership in that your car symbolises who and what you are, then the 21st century (new mobility) is different - its about usage. In view of global warming and climate change, it is imperative to seek a new way of sustainable travel and commuting especially in cities.
.
The revolutionary idea of the Dutch in the 60s of having 10,000 public "white" bikes in Amsterdam has inspired many major cities to have such a program. The Velib Bicycle System in Paris is one of the most successful ones around. 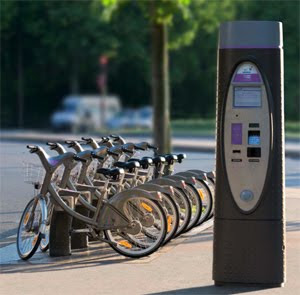 The video is 8 mins but oh so informative, entertaining and inspiring!
http://www.youtube.com/watch?v=aqUoJFLsZKI
.
It helps that one of the riders is on a souped up orange Bike Friday tikit (at the 1 min segment).

Posted by Oldyonfoldy at 5:42 PM