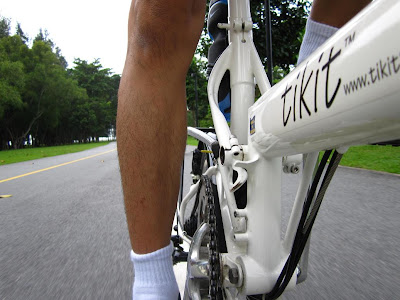 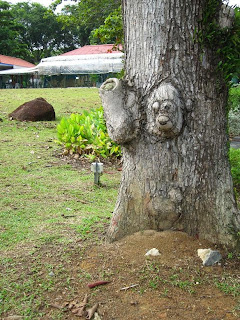 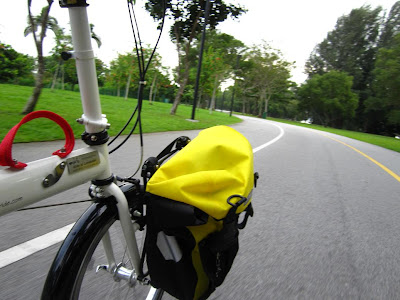 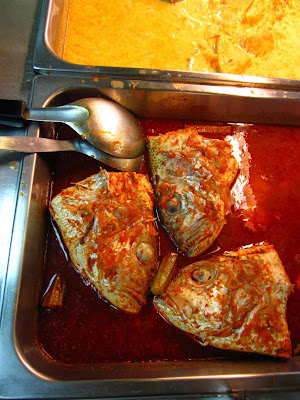 I joined the boys today for their regular Wed ride along ECP. Unless it absolutely pours, these ardent mid-life cyclists will be there. I took a bus to Keong's home during the early morning commuter peak rush and my folded tikit gave no problems whatsover in the crowded bus. Later, I realised that foldies are not allowed at that time! O well... I must have met a very kind bus driver.
I've done this East Coast Park ride countless times and always enjoy it. On a weekday, its quiet and riding along the sea with fresh breezes is good for one's soul. 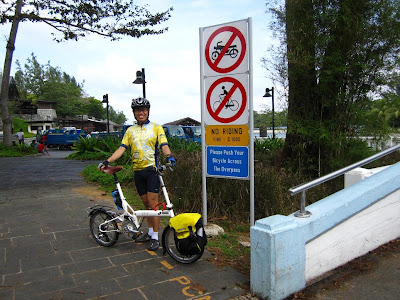 Then, it began to pour 10 mins into the ride and all 5 of us took shelter in a hut, only to be joined by Peter, a roadie who plys this route as well.
With my new Planet Bike mudguards, riding in the wet was not an issue as it kept the spray at bay and I pitied the roadies among us who had to ride really slowly. A wet bottom is seriously not fun! 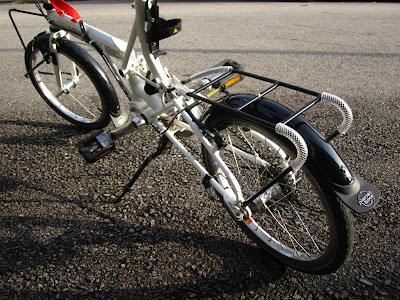 It was great cycling alongside one friend after another, to catch up and see how things are going on with their lives. Riding in the wet is very refreshing and riding really slowly at 15-18kmh is great for conversations. 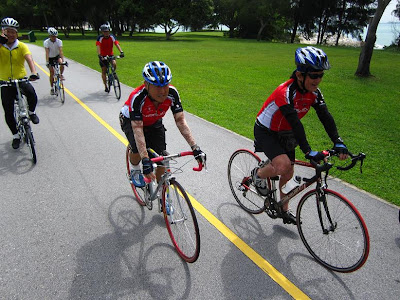 Breakfast today was a bit different from our usual Nasi Lemak spot. We had Indian today and Fish Head curry was on offer but it would have been too spicy for me. Instead, I enjoyed Masala Thosai, an Indian style pancake filled with potatoes, eaten with 3 kinds of savoury dips. That was washed down with Teh Tarik and it was very kind and generous of Keong to pick the tab. 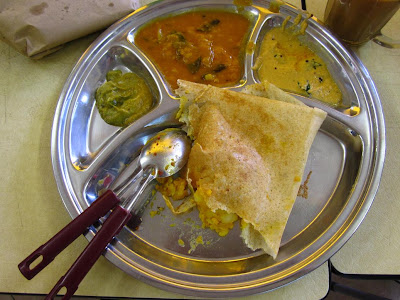 The sun broke out on our return leg and it was great. I passed by a Hoovercraft parked on the beach and was told that it was there as an emergency rescue vehicle in case of aircraft landings in the sea. Its good to know that Changi International Airport is very prepared for any emergencies! 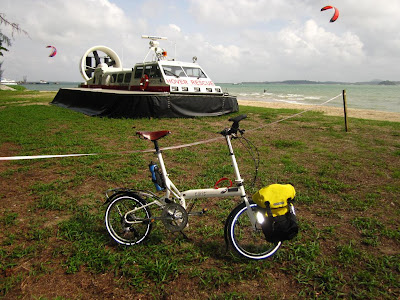 Jimmy, another roadie joined us and was intrigued by the tikit. He is an ardent cyclist and owns several top end roadies. I invited him to take the tikit for a spin and he came away impressed saying how smooth the ride was. And he wanted me to show him the tikit's 5 sec folding magic which I happily obliged.

All in, it was a wonderful ride as always with good friends and the monsoon rain finally going away... 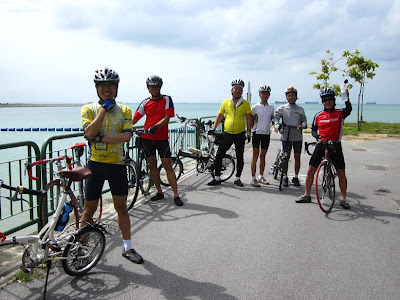