Against the relentless wind... 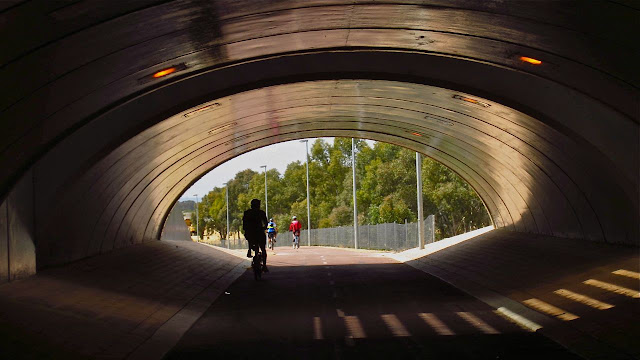 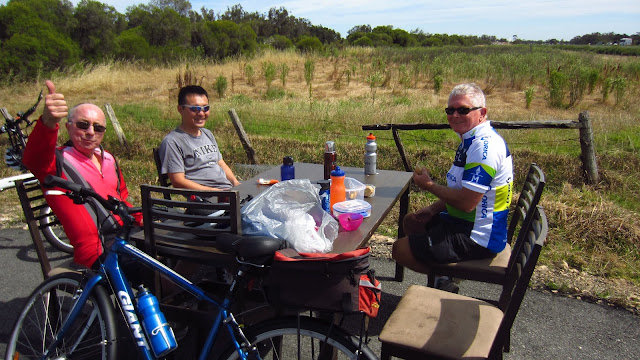 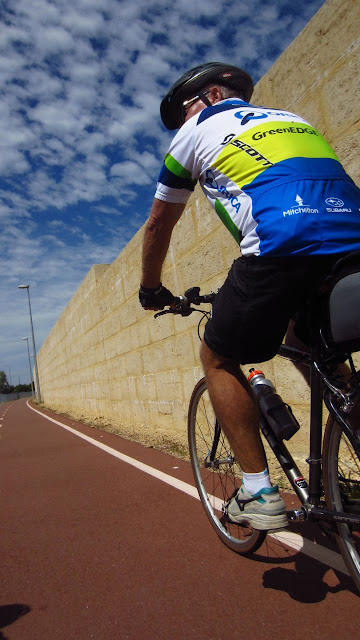 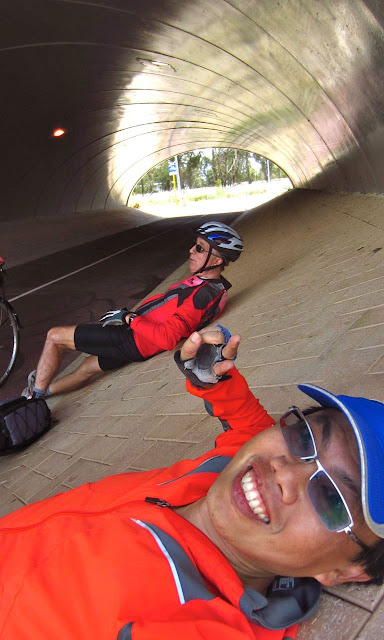 I have 2 big rides coming up in Dec and Jan respectively. First, a 3 island ride in Riau, Indonesia of about 250km over 3 days with a dream team of renown touring cyclists. The second trip is to start in Cambodia and then into Vietnam for 400km and hence, the impetus to get into shape.

I called for a training ride from Bull Creek to Mandurah this week and was so glad to be joined by Pete (who is coming with me to Cambodia), Rod and Ken C on his e-bike. We met at 7am at the train station and weather forecast was for a sunny day with southerly winds of 5-15 knots. I was very tempted to take the train down south and ride up, catching the wind behind us but I figured some resistance will be good for us. So we thought... 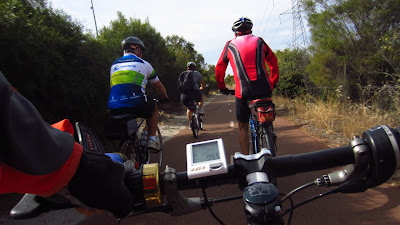 Our ride started well enough but all the road works were a nuisance until we cleared Murdoch station, and then it was plain sailing. The morning bumper to bumper traffic made us feel so good we were on our bikes. Ken C was really disciplined. He rode his e-bike unassisted all the way, resisted the temptation to boost his way up slopes as he wanted to ride with us till the 40km mark and return via electricity. He was curious to see if his range was good enough for him to return home.

I have done this twice on my Tikit so I was not daunted, but the thought of cycling all the way to Mandurah from Perth got Mrs Withers and Mrs Roscoe concerned. Driving, it is about 70km and a good one hour away but cycling, it was going to take us 4.5 hrs at least with breaks.

This stretch is super safe as the path runs along the freeway most ways but can be crushingly dull, scenery wise. So I was glad I had my mates to ride with and drafting each other made for more efficient cruising. 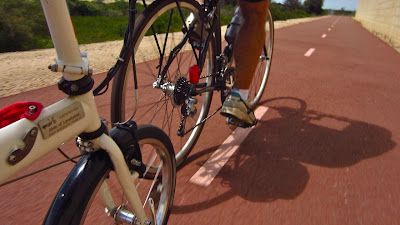 However, the constant wind was truly a pain. At some stage, Rod was on his granny gear and we slowed down to 12-14km/h despite our best efforts.


It was so discouraging to see the roadies flying pass us from the opposite direction, wind assisted, and it made me wonder if I made a right choice. It seemed everyone was going in that direction, except us. 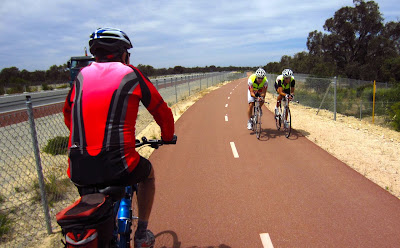 Exhausted, we really needed a place to stop but this is a highway, no shaded trees, no nothing. At the 38km mark, I couldn't believe my eyes when I saw a dining set with 4 chairs at a car park. Talk about providence! There were signs of a car that was burnt down but this didn't bother us one bit. 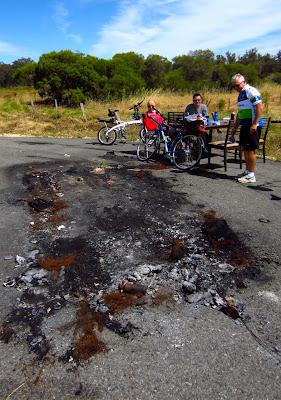 Ken C, ever so considerate, started to clean the table and we were soon having a five star picnic in the middle of nowhere. One passing cyclist remarked in total unbelief about this blessing! It was also fitting for us to celebrate Pete's 59th birthday with candle and all, though it was a challenge to light. Times like this never fail to put a big smile on my face. 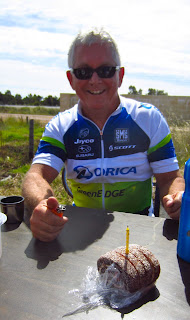 Ken C then headed home north after our morning tea and we continued south in our battle against the wind. There were some 28 km to go and it was hard work pedalling as the wind was getting stronger. All of us were getting pretty tired by now and we were glad we found a natural "bed" inside a tunnel. Rod was truly withered and needed the rest. We all did! 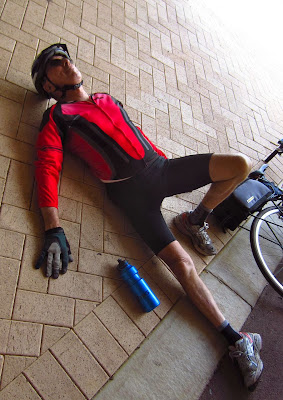 What didn't help was the pollen level also got higher and it made me very uncomfortable indeed. Itchy and tearing eyes, constantly runny nose and just feeling most irritable. Because I had difficult breathing, I started to lag behind 10km from our end point but it was kind of Rod and Pete to wait for me.

Reaching the station at 1125am, we really felt very accomplished and rewarded ourselves with a nice cold bottle of orange juice and a chocolate bar. It was Pete's first time and we patted him on the back! Perhaps we will go with the flow the next time. A quick jump onboard the train and we were home in 45 mins. A ticket inspector came and assumed we were all seniors since Rod had the senior concession card. I was most peeved as I have 10 years more to go! I must have looked really wrecked and I lay full blame on the allergy and riding against the relentless wind.

Ken reported he did 74km and the Prodeco e-bike still had plenty of juice left in its batteries! He reported an average speed of 30-35km/h on a foldie. A case of leg & wind power used generously.

A quick check on Perth Willy Wind Forecast on Nov 14 showed average wind speed of 14.8km/h with a high of 44.3km/h!