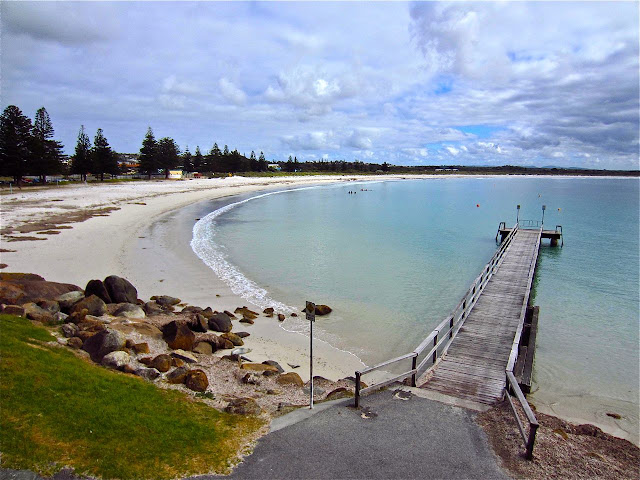 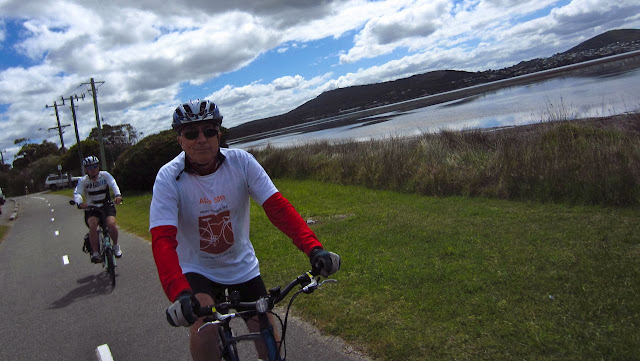 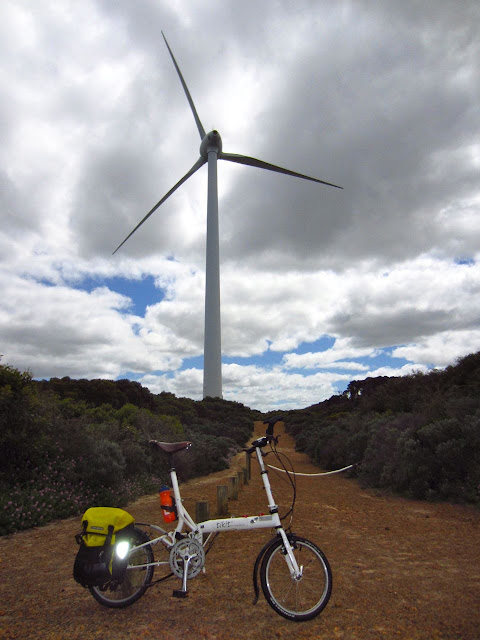 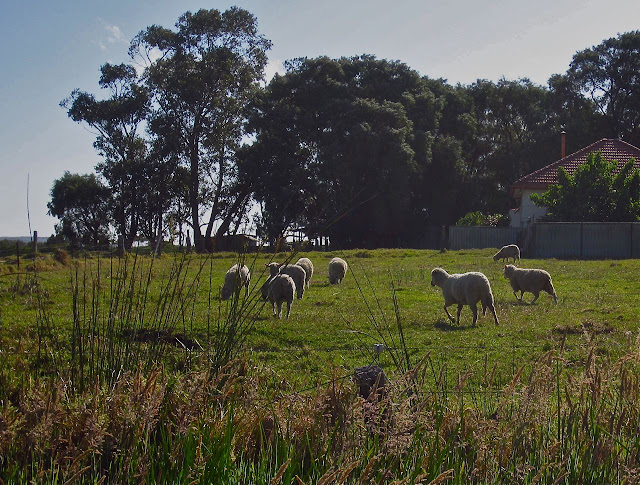 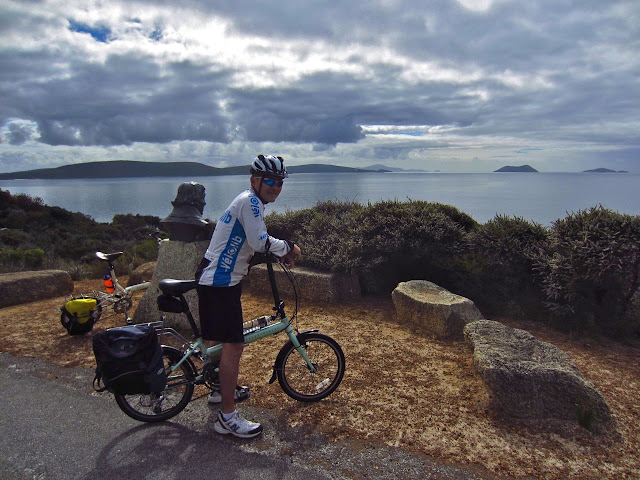 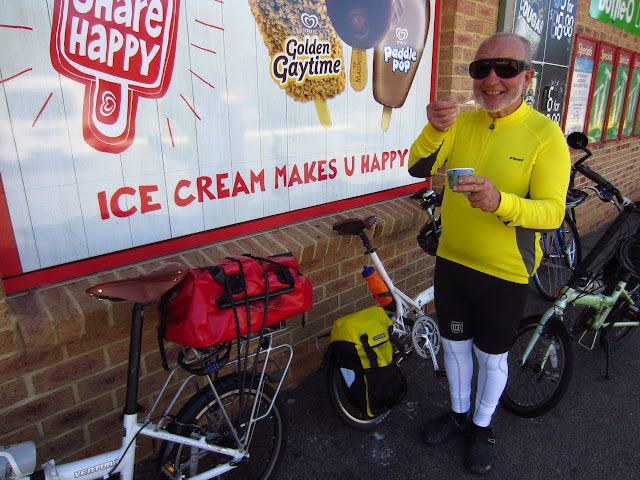 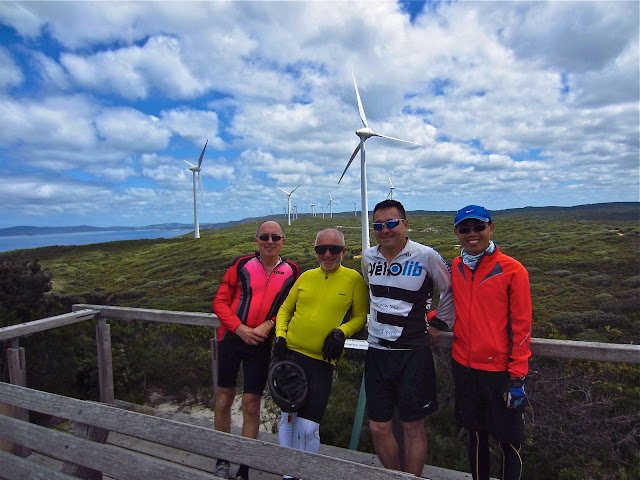 The ancient Chinese sage Confucius has a saying that a man will know his destiny when he turns 50. I count myself fortunate that I knew my life destiny as early as 18 when I connected with my Creator, but only discovered the destiny and joy of small wheels some 7 years ago. It was thus fitting that I celebrated my half century exploring the lovely south coast of Western Australia on my Bike Friday Tikit with my 3 good mates - Rod, Ken and Kenneth.

We had made plans as early as 5 months ago, making space in our ever crowded calendars. The time chosen was just after the school holidays so that we avoided the crowds and it so happened that my special day fell on that week. It was a bonus that Rod, who used to work with Australian Post, could get holiday chalets in Albany. That left me to book our accommodations in Denmark and Walpole, easily done through the excellent YHAs. 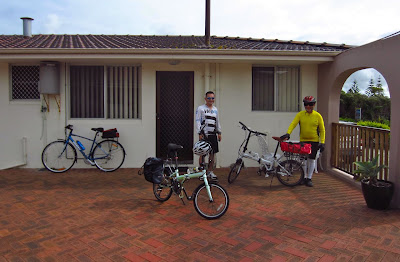 Ken generously agreed to drive us all down to Albany in his spacious Terracan SUV, and we piled 3 foldies plus luggage in the back. Unfortunately, Rod's brand new Giant hybrid had to hang all alone on the rack behind. 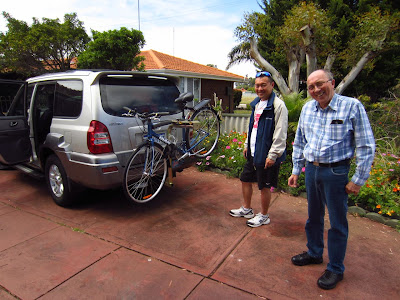 The 400km drive was a breeze as we set off in the highest spirits, laughing and joking in the car. I have not been through this road for over 10 years and this is indeed a very beautiful part of the world with green hills, sheep grazing, Karri forests and just acres of open spaces until the beautiful coast was reached. We also made coffee stops where we got to sample Rod's lovely home made muffins. 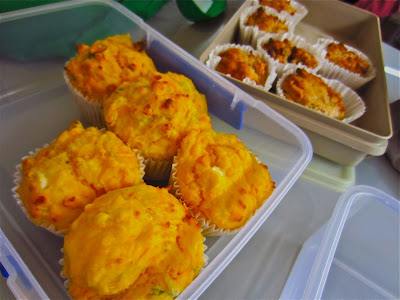 Upon reaching Albany, we settled quickly into the cosy 2 bedroom unit at Middleton Beach. What struck me was how much cooler it was compared to Perth. I made a Korean dinner and we enjoyed that with a lovely Merlot given to me by fellow cyclist and friend, Wanida. We all went to bed early, feeling very excited about our ride in the next few days. 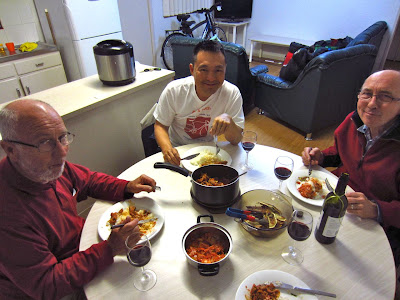 We spent our first morning exploring beautiful Albany and rode to the Windmill Farms. I was impressed by the infrastructure invested for bicycles here. It was a tough ride as there were hills aplenty but the reward was a breathtaking view of impressive of huge propellors harnessing the wind for electricity, set in such delightful coastal surroundings. 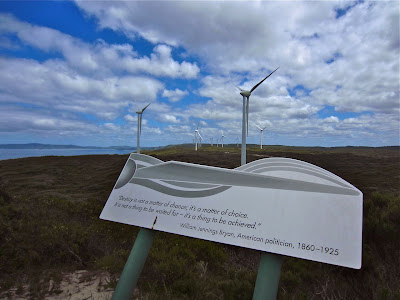 The eco benefits are amazing - producing 70% of Albany's electricity needs! Continuing on our ride, I spotted a house with a small display cabinet at the gate offering home made honey. It was perhaps the last bastion of the honour system where one buys the product and puts the $ into the red box. 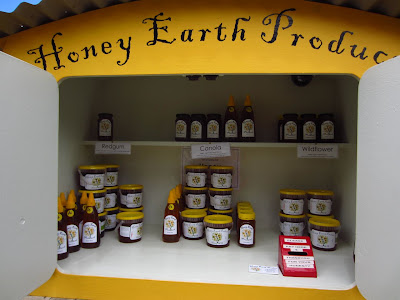 Our next stop was to the Old Whaling Station at the end of Frenchman's Bay. This was a gentile incline that is not immediately felt but provided for good training. It was a big relief that the last 1.5km to the station was all downhill and some of us hit over 60km/h. We took the opportunity to eat our picnic lunch here in the pergola just by the emerald blue waters and it was so special. 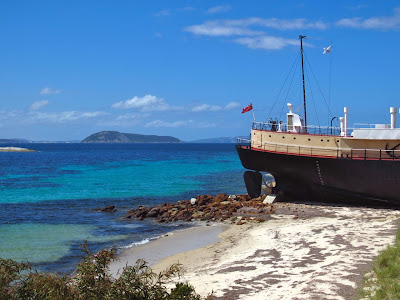 It was a blast on the return ride as it was largely downhill and we stopped for ice cream at the General Store. Ken's cousin K & J were expecting us for tea and we made our way to their huge lovely countryside home which they have lived in for over 40 years. K is 81yo but has so much vitality and energy that betrayed his age. He proudly showed us a present from his son, a Landcruiser Sahara which was most appropriate to tow his extremely impressive caravan. 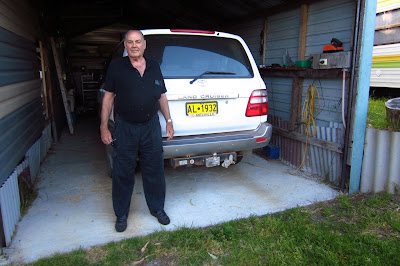 Stepping into it was like going into a 5 star hotel suite. It had everything in it including airconditioning, solar shower and a washing machine! I can understand why people will spend $70k on such a toy. 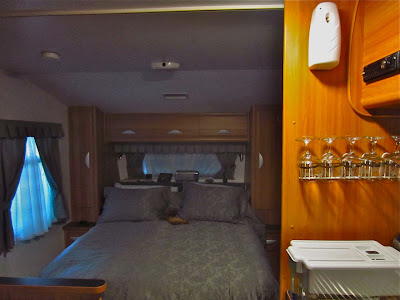 They fed us well with great pies and sausage rolls which we wolfed down hungrily, and finished off with piping hot tea. I loved hearing K & J tell stories about their stay in the Northern Territories where they camped with Aboriginal friends, eating lizard and kangaroos. Fascinating! 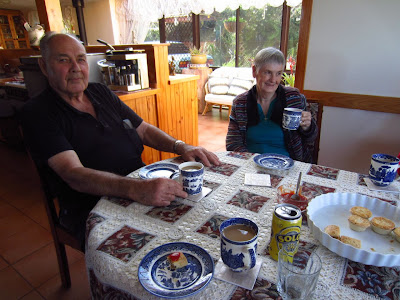 Alas, we had to leave as it was getting dark and we rode 8km back to our chalet. A quick shower and we scooted next door to the Discovery Inn for dinner. It was run by a couple from the UK and the menu was interestingly dependent on the mood of the Chef. A$20 for a 3 course meal was really stunning value! Fortunately, we got Shepherd's Pie that night and I enjoyed that, while Kenneth devoured his steak. 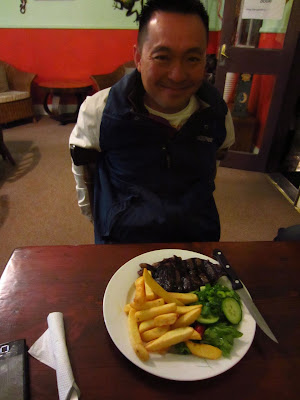 Somehow, we were all so tired. Just pottering around Albany, we managed nearly 60km and that surprised us. Thus, sleep came early and by 9pm, it was lights out in every sense of the word!

Posted by Oldyonfoldy at 9:05 AM

When you are 50, its never too late to write a post!lol

I would have to say the Albany Wind Farm is the highlight of the day. The structures are amazing and with the gusty wind, it will be a challenge just to cycle along the coast. Wonder if you went down the path leading to the other structures.

What a way to celebrate your big 5! The best time is time with good friends and wheels! Thank you for sharing this special moment Bro AL!

Life's most endearing memories are made of these. Can't ask for anything better than good friends and a good ride to mark your half century. Don't forget to invite me for your next half century ride ah...